Agonis is a small genus of 4 species all of which occur naturally only in south Western Australia. Recent re-classification of the genus has seen a number of species transferred to other genera (Paragonis and Taxandria). Agonis species range from medium shrubs to medium-sized trees and most are cultivated to some extent.

A.flexuosa is by far the most widely grown as it is adaptable to a range of climates and soils. Numerous cultivars of this species have been released for general cultivation.

Typically, A.flexuosa is a tree with graceful, weeping foliage which reaches 15 metres or more in good conditions. It is often smaller in cultivation and would take many years to reach its ultimate height. It has fibrous bark and lance-shaped leaves. The white, 5-petalled flowers are massed along the branches in spring and summer.

Willow myrtle is popular in cultivation and, despite its western origin, is hardy in sub-tropical and temperate areas of the eastern states of Australia. It grows particularly well in sandy soils along the coast. It may be cut back by heavy frosts but established plants generally recover satisfactorily. This is a very useful plant for street planting as it responds well to being trimmed under power lines.

Several selected forms of A.flexuosa are available. Popular cultivars include ‘Nana’, a compact form to about 4 metres, ‘Variegata’, a form with variegated foliage and ‘After Dark’, a form with deep burgundy to purple foliage.

Propagation is easy from seed which does not require any pretreatment prior to sowing. Cuttings must be used to propagated named cultivars but these can be slow to form roots. 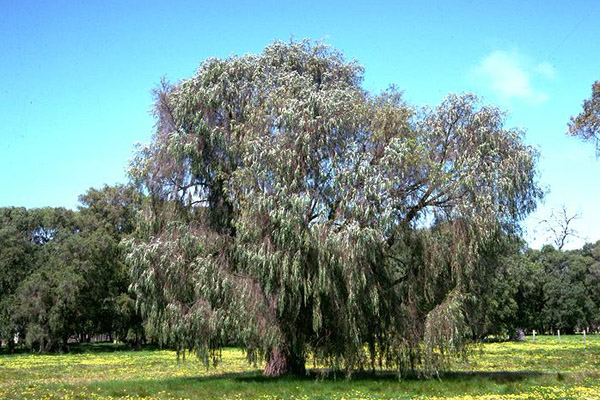 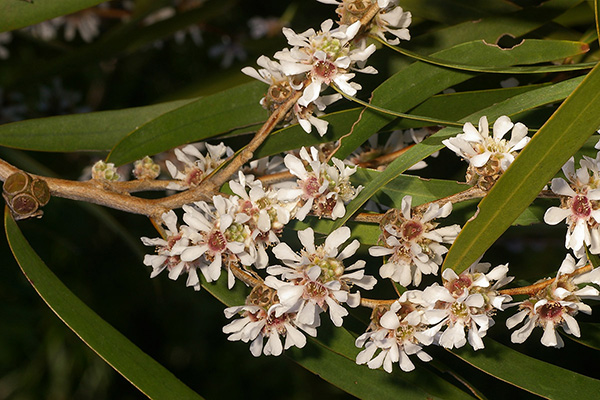