Angophora is a genus of about 10 species which are confined to eastern Australia from south-eastern Queensland to Victoria. The genus is closely related to both Eucalyptus and Corymbia, the differences being:

Angophoras are commonly called “Apples”, because some species have a growth habit similar to that of the apple tree. Along with Eucalyptus and Corymbia, the plants are generally referred to as “eucalypts”.

A.bakeri is a small to medium tree which is common in the Castlereagh woodlands of western Sydney. It has dark, persistent bark and narrow, lance-shaped leaves to about 75 mm long. The white flowers occur in summer in conspicuous clusters at the ends of the branches. These are followed by ribbed, cup-shaped fruits containing the seeds which are dispersed when ripe.

This is a hardy plant which will tolerate a variety of soils. It is not commonly cultivated but, because of its moderate size, is suited to smaller gardens. It flowers best in full sun and will withstand moderate frosts once established. The well displayed flowers make a welcome addition to the garden at a time when flowering of many other plants has ceased. 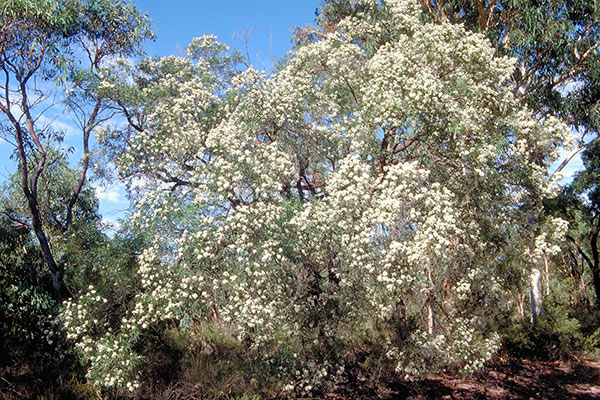 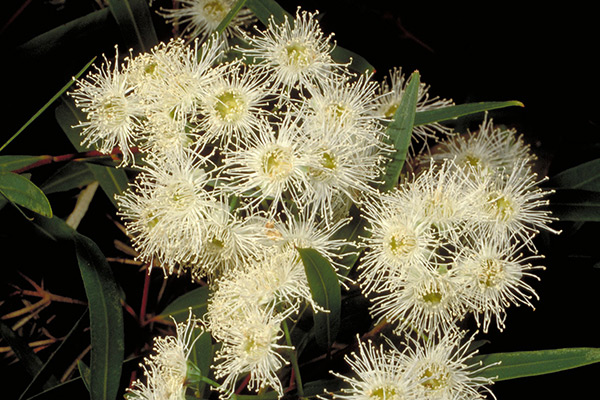