Banksia formosa is well known in cultivation and is a medium to large shrub which may reach 3 metres x 2 metres (sometimes larger). The leaves are linear, 50-180 mm long by about 10mm wide and regularly toothed to the mid rib with triangular lobes. The flower clusters may be up to 100 mm in diameter and occur at the ends of the branches in spring. They are usually yellow to orange in colour and are popular as cut flowers.

B.formosa is a spectacular, fast-growing plant which will grow and flower in subtropical climates but is rarely long lived in those areas. It is better suited to temperate areas with a dry summer and it grows well in southern Victoria and South Australia. It requires well drained soils in a sunny or semi-shaded position and responds to pruning. It is also tolerant of at least moderate frost. 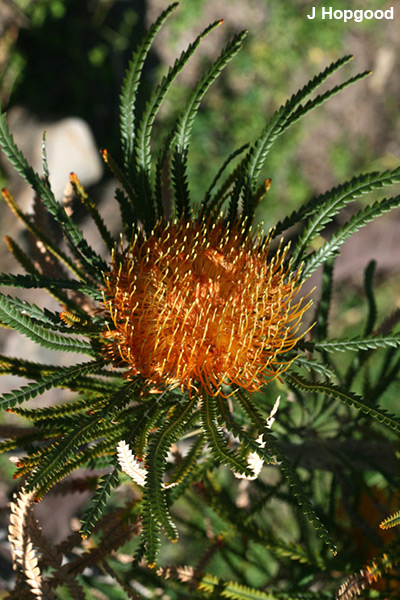