B.squarrosa is a small to medium shrub about 1.5 to 2 metres high. The small leaves are oval-shaped, tapering to a point, and about 5 mm long. The bright red (occasionally yellow or orange) flowers occur towards the ends of the branches in globular-shaped clusters and are conspicuously displayed. Flowering occurs mainly in spring. Following flowering, seeds develop in woody capsules similar to those formed with Melaleuca species. The seeds are retained within the capsules indefinitely.

B.squarrosa is a very attractive garden plant for climates with low summer humidity. Cultivation in humid, east-coastal areas has been attempted but success has been mixed. Plants have been successfully flowered in Sydney but they cannot be regarded as reliable in that area – better results have been reported from areas west of the Great Dividing Range. It requires well drained conditions in full sun or dappled shade and it is tolerant of at least moderate frost.

Propagation is relatively easy from seed which germinates well without any pretreatment. Cuttings of hardened, current season’s growth are also successful. Grafting onto reliable Melaleuca rootstocks may offer a solution to more widespread cultivation of this and other beaufortias but it is unknown if any experiments have been attempted. 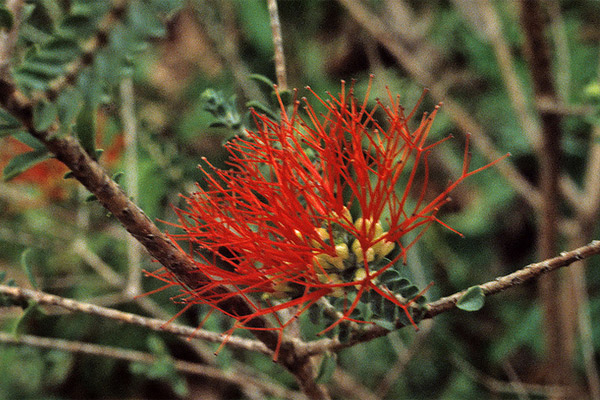