Blandfordia is a small genus of 4 species all confined to south-eastern Australia. They are slow-growing, grass-like plants with narrow leaves and bell-shaped flowers produced on stems arising from the centre of the clump. All are commonly known as “Christmas bells” as they generally flower in December-January.

Blandfordia grandiflora is the most robust of the 4 species. It is usually found in wet coastal heaths on sandy soils. The tubular flowers occur in groups of 6 or more on stems about 30-60 cm long. The flowers are quite large being up to 50 mm long and flared towards to tip. Typically the flowers are red with a yellow tip but forms with all yellow flowers are also known. The flowers contain nectar and a frequented by honey eating birds.

This is a popular plant in cultivation although it is very slow growing and easily “swamped” by more vigourous plants. It requires moist, well drained soils preferably of a light texture such as sandy loam. It appreciates some protection from full sun but should not be grown in heavy shade. It is tolerant of at least moderate frosts. It is very suitable for growing in pots.

Propagation may be carried out from seed which can be slow to germinate. 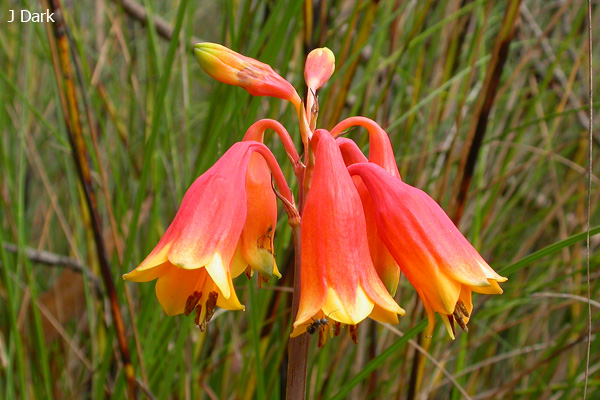