The genus Boronia is one of the best known of all Australian plants. There are approximately 95 species, all but one of which occur only in Australia. The majority of species are found in south-western Australia. The popularity of boronias is due in no small measure to B.megastigma as the flowers of this species have a very intense and attractive fragrance making it widely sought after for the cut flower trade.

B.megastigma is a small shrub which rarely exceeds a metre in height. It has small leaves which are also aromatic and small cup-shaped flowers which occur in the leaf axils in spring. The flowers which appear in spring are about 80-100 mm diameter. In the normal form of this plant, the exterior of the petals is a deep chocolate-brown in colour while the interior is bright yellow. A number of cultivars have been selected which have more attractively coloured flowers while retaining the fragrance. These include:

Although widely cultivated and popular for its highly scented flowers, B.megastigma is not really suitable for sub-tropical and tropical climates such as the east coast of Australia north of the New South Wales/Victoria border. In these areas it can often be grown for a season or two but will rarely succeed in the long term. Some people regard the plant’s short life span as an acceptable price to pay for the fragrance produced.

Like all boronias, B.megastigma is not easy to grow from seed but can be readily propagated from cuttings. 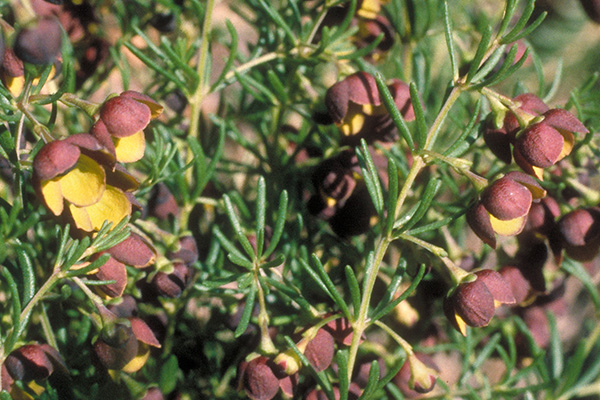 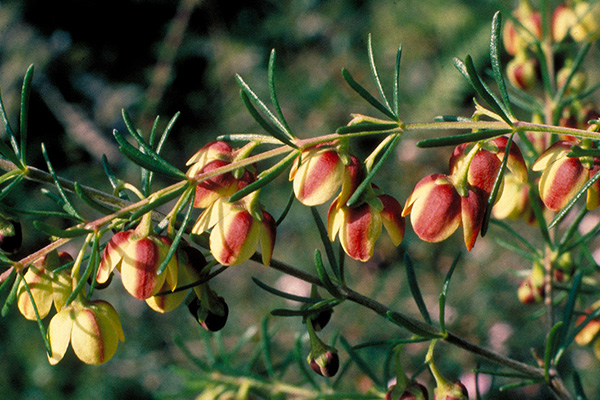