Callistemon “Demesne Bronwyn” is one of many cultivars raised by Harry Infield on the north coast of New South Wales. It is typical of some of the excellent, colourful cultivars and hybrids that have become available in recent years. It forms a dense, bushy shrub 1.5 to 2 m tall by a similar spread and produces brilliant pink/red brushes in mid to late spring (October to November). It is a hardy shrub which will withstand at least moderate frost and which flowers best in a sunny position.

Like most Callistemon cultivars, C.”Demesne Bronwyn” produces viable seed which germinates easily. However, because of seedling variation, any plants produced from this seed will not be identical to the parent plant and cannot be called “Demesne Bronwyn”. Plants produced from cuttings (which usually strike readily) will produce genetically identical plants to the parent. 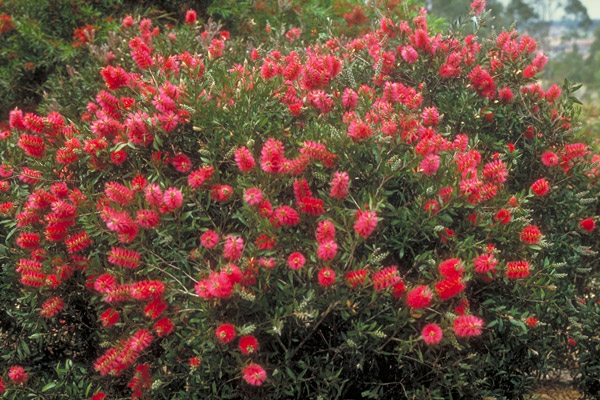