There is ongoing controversy about whether Melaleuca or Callistemon should be used for the bottlebrush species – see footnote box). Some herbaria have now adopted the name Melaleuca phoenicea for this species, however, this reclassification has not been adopted in the Australian Plant Census (which is accepted by ANPSA as the authority on Australian Plant nomenclature).

Callistemon phoeniceus is one of only two Callistemon species which occur in Western Australia. The common name is an unfair comparison with the other Western species, C.speciosus. C.phoeniceus is a medium shrub of around 3 m x 2 m in size. The brushes are usually brilliant red in colour although a pink-flowered cultivar, “Pink Ice”, is becoming popular in cultivation.

Although native to a dry summer climate, the species has been grown successfully in the wetter summer conditions of Australia’s east coast.

The plant responds to annual fertilising after flowering which occurs in spring and may be pruned severely if necessary. Many Callistemons can tolerate less than perfect drainage but usually perform best in gardens with reasonable drainage and regular availability of water.

Propagation is easy from both seed and cuttings. The pink form must be propagated from cuttings to ensure that plants true to the parent are obtained. 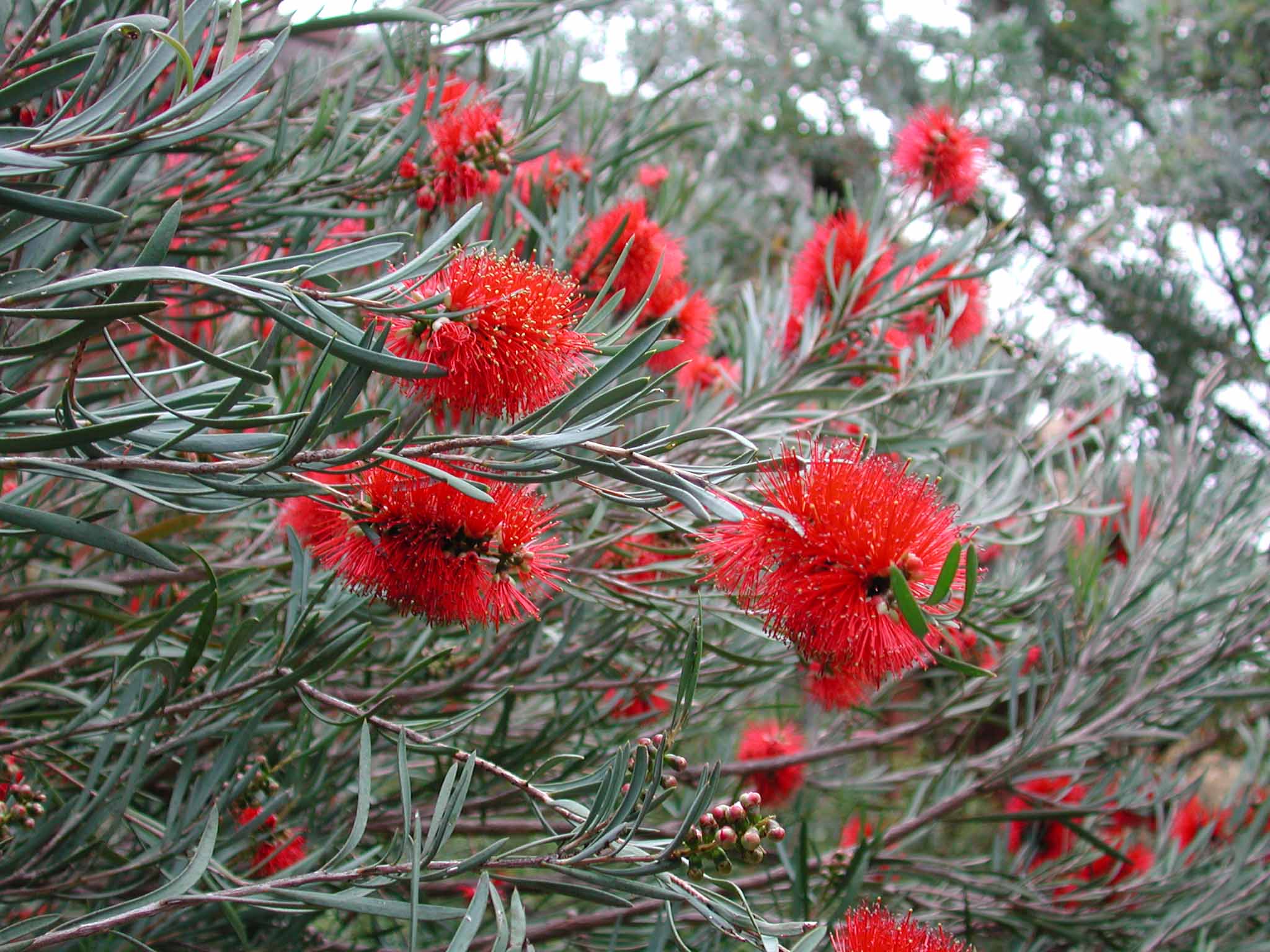 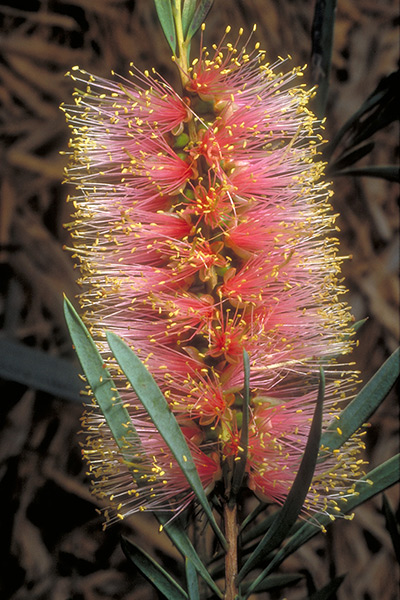