Until 1995, all Australian gentians were considered to be included under Gentianella diemensis. They have now been transferred to the genus Chionogentias which has 40-50 species in Australasia and sub-Antarctic Islands and probably about the same number in the Andes. 14 species occur in Australia.

To the average observer, the differences between the species are subtle. They are all small, herbaceous plants having a rosette of oval to lance-shaped leaves and large, white or cream flowers occur on stems from the centre of the foliage. The flowers are 5-petalled with thin blue or purple lines on the inside of the petals. Flowering occurs in late summer and autumn. Plants from alpine areas may be larger-flowered and more heavily pigmented than those occurring at lower altitudes.

Chionogentias species are not often seen in cultivation and have been generally found to be difficult to maintain. They would make an excellent subjects for growing in containers and would probably be best suited to cool climates in well drained, moist soils having a high fraction of organic matter.

Propagation can be carried out from seed but this is not easily obtained. The seed requires stratification (storage under cold conditions; eg a refrigerator) for a period prior to sowing. The optimum length of cold storage is uncertain. 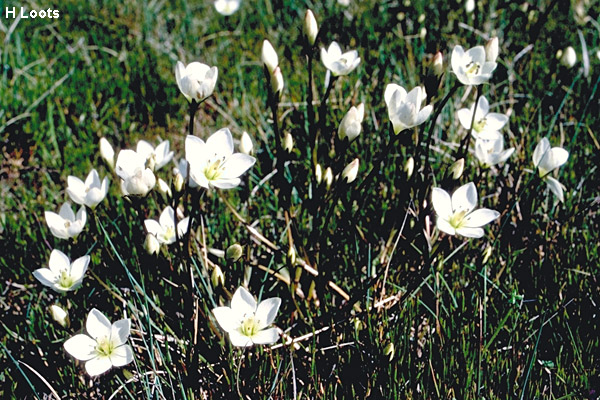