Correa reflexa is the most widespread member of the genus and the most variable. It is typically a small shrub to about 1 metre in height but prostrate forms and forms reaching 3 metres are also known. Leaves often have conspicuous oil glands on their surface and may be covered with short hairs. The leaves are 10 to 50 mm long and oval shaped. In some forms the leaves bend back against the stem giving the appearance of water stress.

The flowers are bell shaped and up to 40mm long. They may be pale green, red, red with yellow or cream tips or a number of other variations. The flowers produce nectar and attract honey eating birds. Flowering is usually winter to early spring.

Although a desirable garden plant, C.reflexa is not suited to tropical districts. Because of the wide range of the species, it is preferable to try to obtain forms propagated from plants native to a similar climatic area as the area in which it is to be grown. For example, species native to areas such as western Victoria or South Australia may not succeed in sub tropical areas of the east coast. In these areas plants propagated from forms growing in coastal New South Wales may be more successful.

A well drained position in semi shade is the favoured position for this species.

In common with most members of the Rutaceae, propagation of C.reflexa from seed is difficult but cuttings usually strike readily from current season’s growth. Propagation from cuttings is mandatory to maintain selected forms and cultivars. 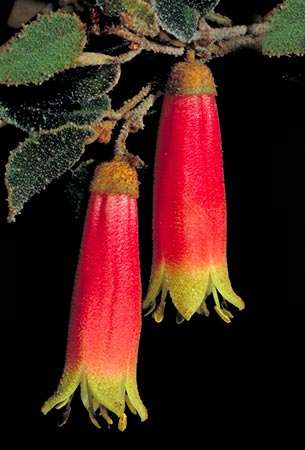 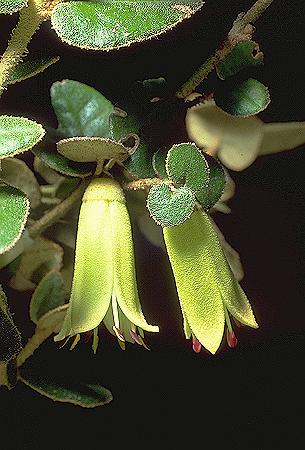