Darwinia procera is an erect shrub up to about 3 metres tall but usually 1 to 1.5 metres in cultivation. The leaves are about 10 – 20 mm long by 2 mm wide, curving upwards and tapering to a point. The small flowers occur in clusters of 4 and have a white floral tube surrounded by reddish bracts. The flowers usually occur in late winter and spring.

D.procera is reasonably well known in cultivation and is generally hardy in well drained, sandy soils with some protection from direct summer sun. It will not tolerate boggy conditions but does appreciate extra watering during extended dry periods.

Seed of Darwinia species, generally, is not easy to germinate. The species can, however, be grown fairly easily from cuttings of firm, current season’s growth. 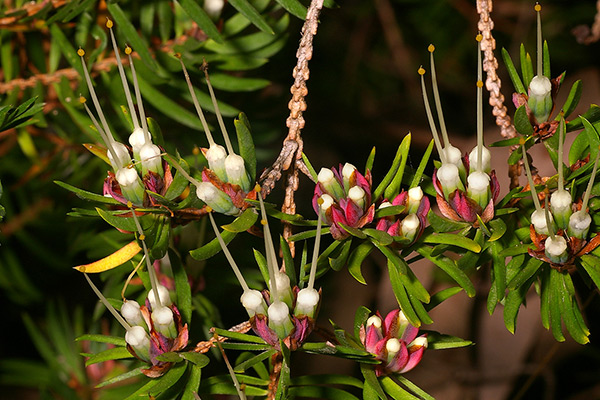