Davidsonia is a small genus of 2 or 3 species which occur in rainforests of north-eastern New South Wales and Queensland.

Davidson’s Plum is reasonably well known in cultivation, particularly among Australian plant enthusiasts. It is usually a small to medium sized tree which can reach 10 metres under ideal conditions. It has distinctive, hairy, foliage which is usually bright pink when new. The leaves are divided into leaflets (pinnate) and may be up to 800 mm long. The reddish-brown flowers occur in pendulous clusters in spring. These are followed by purple, edible fruits up to 50mm diameter which resemble small plums.

There are two recognised varieties; D.pruriens var. pruriens is the northern form which is generally a much larger plant in all of its parts than the southern var. jerseyana.

D.pruriens has adapted well to cultivation even in southern Australia. It’s decorative foliage has made it a popular plant for a large container and it will tolerate extended periods indoors. The fruits, while edible, are not particularly palatable, however, they make excellent jams and a full-flavoured, dry red wine. Plants will grow in full to part sun and respond to regular applications of a complete garden fertilizer.

Plants are generally propagated from fresh seed but cuttings are also successful. 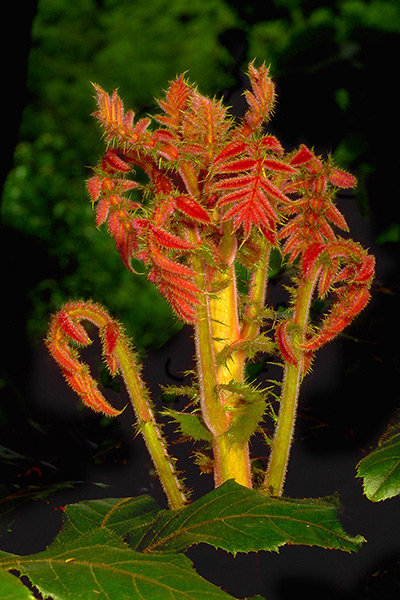 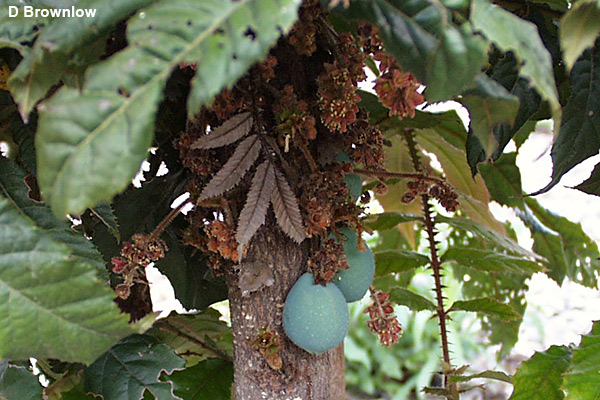