Donatia is a small genus of two species. One species, D.novae-zelandiae, is found in Tasmania and New Zealand while the other occurs in South America. Donatia is one of the genera that makes up the alpine “cushion plants”, a group that is characterised by a moss-like habit of growth. The group includes numerous species from several unrelated genera.

D.novae-zelandiae has small, linear leaves occurring on prostrate stems that often form roots along their length. It forms a mounded, cushion-like appearance up to about 1 metre in diameter. Small white flowers about 5 mm in diameter occur scattered over the plant at the ends of the small branches in late spring and summer.

Like other cushion plants, D.novae-zelandiae is not often cultivated and, as a result of its natural habitat in boggy, alpine areas, has fairly specific cultural requirements. It is best suited to cold climates and peat-like soils that are constantly moist. Protection from full sun may be required in non-alpine areas. Cultivation in containers may also be worth trying.

Seed is virtually unavailable and germination requirements are unknown. It is reported that cuttings strike reasonably well. 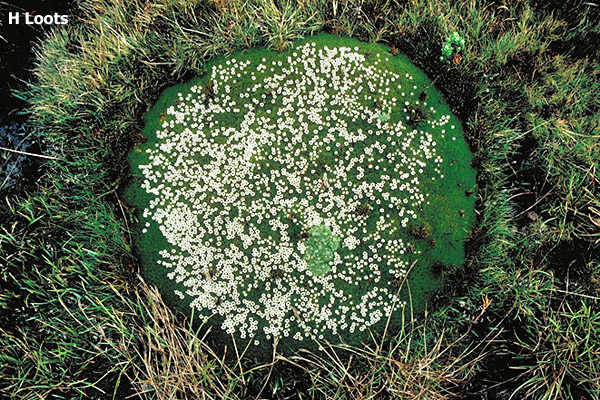