The deep pink form of E.impressa is the floral emblem of Victoria. This is usually a small shrub of less than a metre in height but it can reach 2-3 metres in some locations. The branches are stiff and have small leaves with a sharp point at the end. The flowers are narrow and tubular, about 20mm long and occur in clusters among the ends of the branches. They contain nectar and are frequented by honey-eating birds. The colour ranges from white through various shades of pink to bright red. Flowering occurs from autumn through to spring.

A form from the Grampian Ranges in western Victoria is known as E.impressa var.grandiflora. This variety has larger flowers and leaves than the typical form and some plants have “double” flowers.

E.impressa is a widely cultivated species, but is not always successful. The plant occurs over a wide range and forms from dry summer areas may not succeed in humid areas, and vice versa. One of the most adaptable forms seems to be that from the south coast of New South Wales (usually sold as the “Bega” form). This form has bright red flowers.

The species should be given a well drained position in semi shade or full sun. It is also a very attractive plant for a container.

Propagation of E.impressa is usually by cuttings of firm current season’s growth. The species can be grown from seed but this is not readily available. 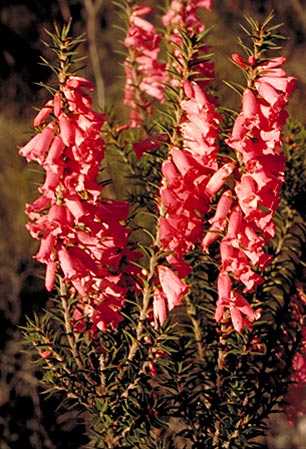 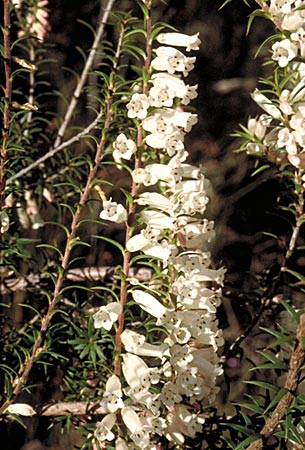 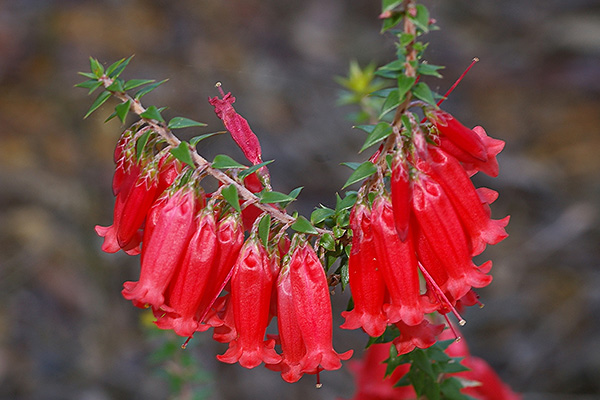