Eucalyptus diversicolor is a medium to tall (10 – 80 metres) forest tree. It is Western Australia’s tallest tree and one of the two tallest hardwood flowering plants in the world (the other is Eucalyptus regnans). It is well represented by the ‘Gloucester Tree’ and ‘Dave Evans Bicentennial Tree’, near Pemberton, both of which exceed 60 metres tall. It is native to the high rainfall areas of the south-west. Its timber is used for structural hardwood and for the manufacture of indoor and outdoor furniture. It is also an important tree for honey production. It is a fire-sensitive species – unlike many other eucalypts, E.diversicolor is killed outright by severe fires and does not regenerate from a lignotuber or from epicormic shoots under the bark. It relies solely on seed for regeneration and can be eliminated from an area by fires which occur at frequent intervals.

Karri has smooth, deciduous bark which changes colour as it ages and, as it sheds reveals multi coloured patterns in pink through to white. Its leaves are 9-12 cm long, lance-shaped (lanceolate) to elliptical, dark green on the upper surface and pale green below. The inflorescences are 7 – flowered auxiliary umbels on short peduncles (leaf stalks). The flowers which appear in mainly in spring through to mid summer, are white and attract nectar-eating birds. The capsules are barrel-shaped and about 12 mm long.

Karri is not often cultivated, as it is far too large for the average garden. It is suitable for parks and larger properties. The tree is cultivated in plantations in South Africa and the timber is marketed worldwide. Australian sourced timber is apparently mainly from old growth forests. 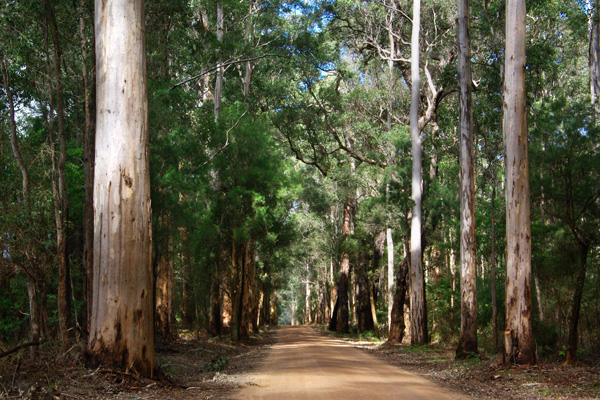 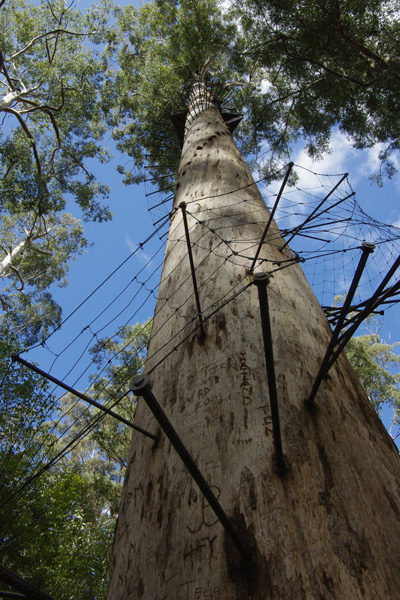