Eucalyptus macrocarpa is a very distinctive species having a mallee-type habit of growth and spectacular red flowers. There are two recognised subspecies; subsp macrocarpa is the most common form and is a small mallee of up to 4 metres in height while subsp. elachantha has a restricted occurrence south east of Geraldton. The latter differs from the common form in having smaller leaves and lower stature.

The foliage of E.macrocarpa attracts almost as much attention as the flowers. The leaves are ovate-elliptical in shape, sessile, up to 12 cm long by 8 cm wide and silvery-grey in colour.

The large flowers may be 100 mm in diameter and are usually bright red but pink-red forms are known. Flowering occurs from early spring to mid summer. The “gumnuts” which follow the flowers are also an interesting feature of the tree. They are very large and have a powdery grey covering.

As a species native to relatively dry areas, E.macrocarpa is best suited to cultivation in climates which have a dry summer. It has been grown in sub tropical districts but cannot be regarded as reliable in those areas. It has been observed growing and flowering in western Sydney. The species develops a lignotuber and should respond to hard pruning to near ground level if rejuvenation is required. 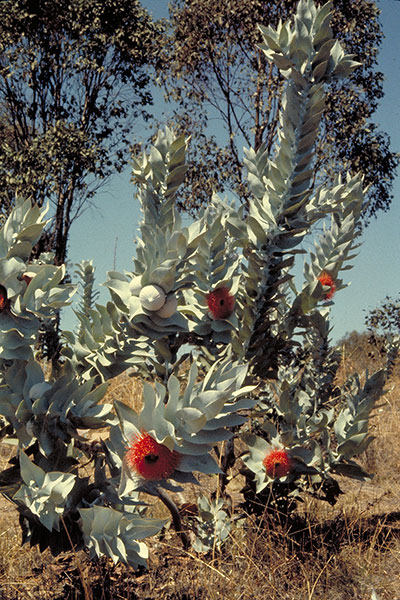 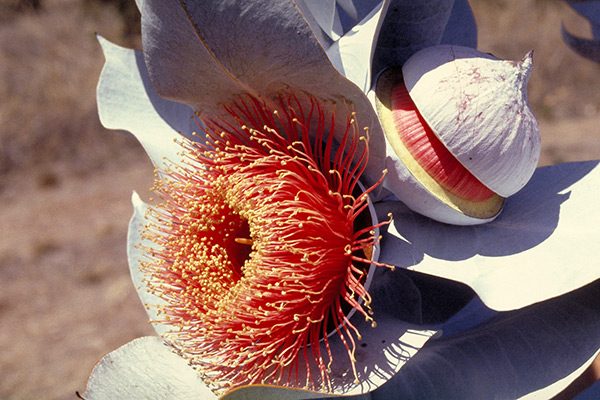 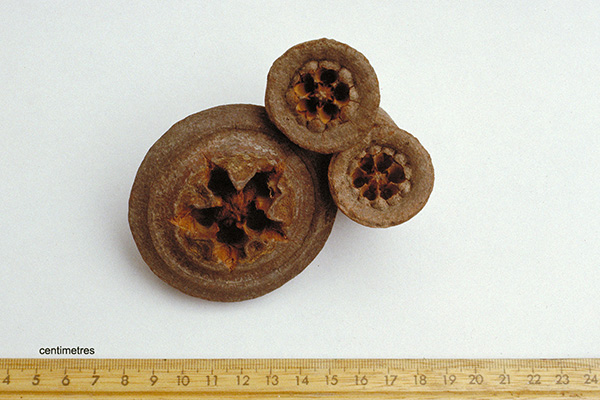