Grevillea laurifolia is typical of the “toothbrush-flowered” grevilleas where the individual flowers are arranged in a terminal one-sided raceme.

The species grows as a prostrate shrub with a spread of 3-4 metres. Flowers are deep red in colour and usually occur in winter and spring. The elliptical to oval-shaped leaves have a leathery texture and may be 50 to 100 mm long with silky hairs on the lower surface. Natural hybrids with G.acanthifolia are common where both species occur together in the Blue Mountains. The hybrid is known as G.x gaudichaudii – it usually has foliage which is intermediate in shape between the two parents.

G.laurifolia is reasonably widely cultivated but can be unreliable at low elevations. It prefers a sunny position and is tolerant of heavy frosts. It is the parent of several well known hybrids including G.”Poorinda Royal Mantle”.

Propagation is best from cuttings which strike readily. 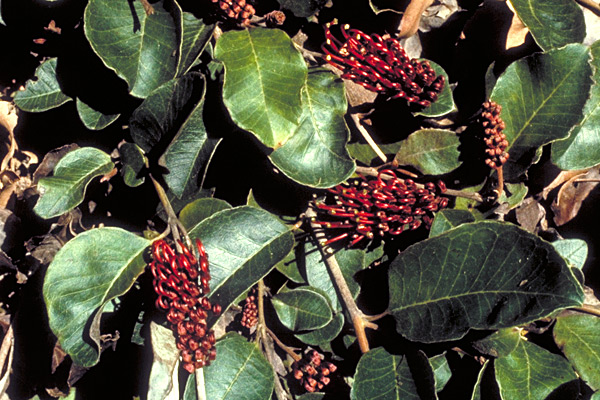 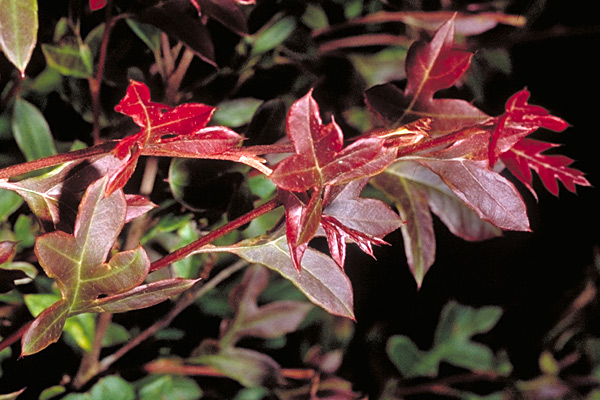