Grevillea preissii is a small shrub to about 1 metre high, although completely prostrate forms occur. Leaves are greyish green to green up to 60 mm long by 40 mm wide and pinnate in form (divided into narrow lobes). They may be hairy or glabrous. The bright red flowers occur in pendent clusters at the ends of the branches or in the leaf axils in winter and spring.

Two subspecies are recognised (subsp. preissii and subsp. glabrilimba) which differ mainly in structure of the hairs on the flowers and foliage.

G.preissii has been regarded in the past as a subspecies of G.thelemanniana and may still be found in nurseries and gardens under the latter name. Several forms are in cultivation including:

While probably best suited to areas with a dry summer climate, it has proven to be adaptable to more humid areas of the east coast (eg. coastal areas of New South Wales and south-east Queensland). It should be grown in a warm, sunny or semi-shaded location in well drained soils. Like most grevilleas, the flowers attract honeyeating birds.

The species can be grown from seed which should be “nicked” with a sharp knife prior to sowing to improve germination. Cuttings from firm, current season’s growth can be slow to strike and success is improved by using a root promoting hormone. 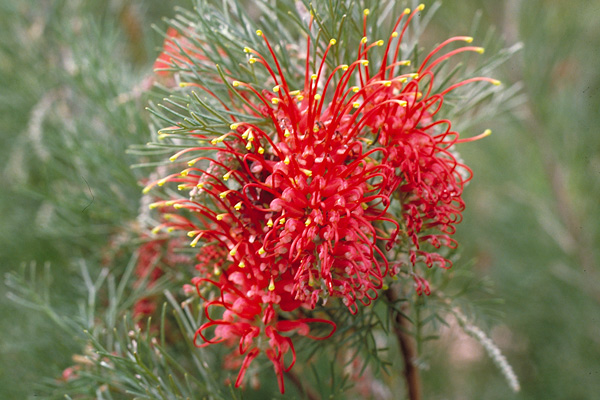 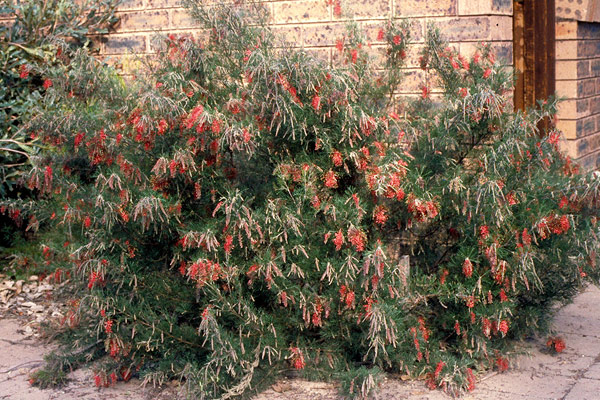