Grevillea sericea is a well known species and is widely cultivated. There are two sub-species recognised:

Grevillea sericea is usually a small to medium shrub from 1 to 2 metres high (subsp. riparia rarely exceeds 1 metre). The flowers occur in “spider” clusters on short branchlets from the main stems, are often prolific and occur over a long period from autumn through to spring.

Silky grevillea is popular in cultivation and succeeds in most temperate areas in soils of reasonable drainage. It prefers sunny or semi-shaded situations, responds well to pruning and is tolerant of at least moderate frosts. Some forms have a suckering habit which is never invasive. The species is an ideal size for average-sized gardens and, although it does not appear to attract honey-eating birds, native bees (as well as European honey bees) find the flowers very attractive. There is a popular hybrid form available known as “Colloroy Plateau” – this has G.sericea subsp.sericea and G.speciosa as its parents and has brilliant pink flower clusters. 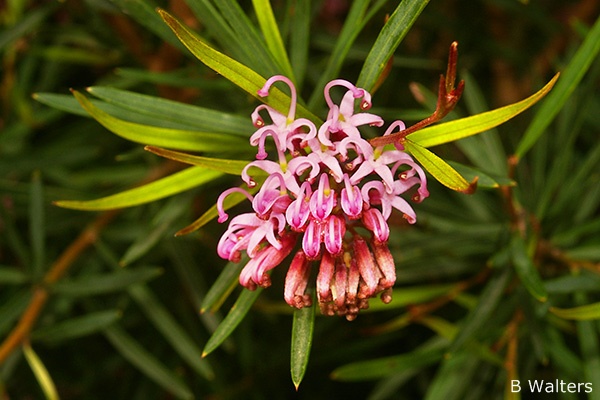 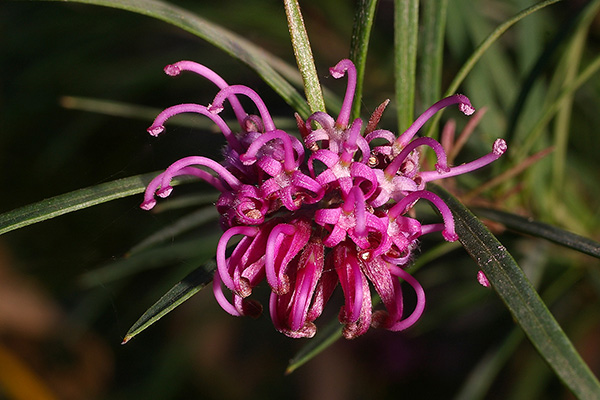