Grevillea vestita is a medium to large shrub growing from 2 to 4 metres high by a similar width. The leaves are up to 50mm long by 30 mm wide, are deeply lobed and often have a sharp point. There are two sub-species recognised, subsp. vestita and subsp. isopogoides. The latter differs from the type form in having smaller leaves with the margins rolled under and hiding most of the undersurface. The white to pale pink flowers occur in clusters at the ends of the branches in winter through to spring.

This is a well known species in cultivation and can be very floriferous. Despite its origin in a dry, summer climate, it has been successfully cultivated in more humid areas. It prefers a sunny position in well drained soils and tolerates heavy pruning. It is tolerant of at least moderate frost. 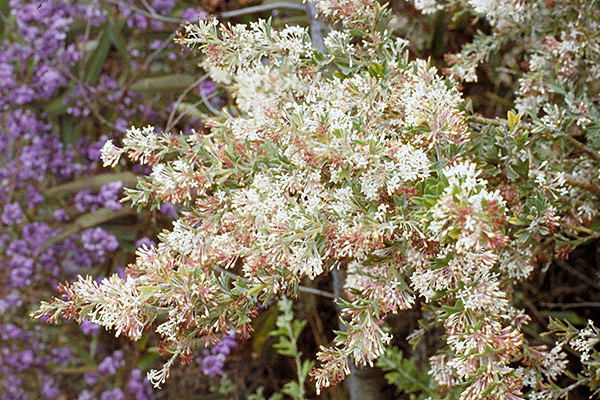