Haemodorum is a genus of about 20 species occurring in south-western, northern and eastern Australia, including Tasmania, and New Guinea. Members of the genus are referred to as “bloodroots” because of the red colouration of the roots.

The genus is not well known in cultivation as its species are generally unspectacular with brownish black flowers which offer limited horticultural appeal. Members of the genus are closely related to the well known kangaroo paws (Anigozanthos species).

In contrast to most of the members of the genus, Haemodorum coccineum features colourful flowers which are very spectacular. H.coccineum is a perennial herb consisting of strap-like leaves arising from an underground rhizome. Leaves may be up to 60cm long and about 10mm wide. The red flowers occur in spring in clusters on stems up to about 1 metre high. The growth of the plant is dominated by the wet/dry monsoonal climate of its native habitat. Plants tend to die back to the rhizome during the winter dry season and commence to regrow during the summer wet season.

Scarlet bloodroot has not been cultivated to any great extent but it should be suited to tropical and sub-tropical climates. It may succeed in temperate climates but there is little known experience with the plant under those conditions. It is likely to prefer a position in full to partial sun and moist, but not boggy, soils.

Seed of H.coccineum is reported to germinate well when fresh without any pretreatment. Propagation by division of the rhizome of established plants should also be successful. 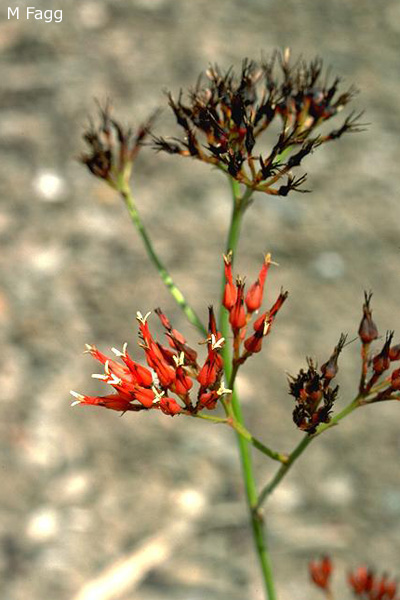 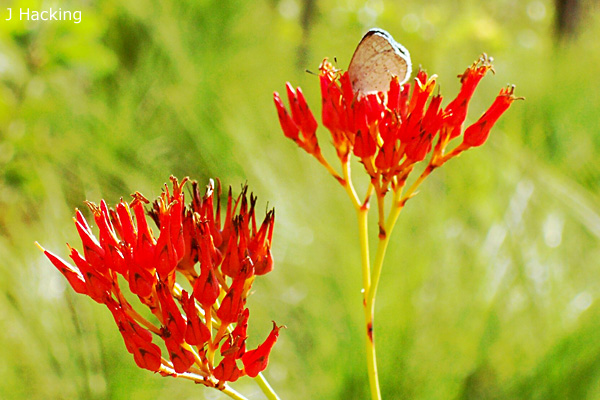