Isopogon dubius is one of the western species. It is a small shrub to about 1 metre high. The leaves may be up to 40-50 mm long and are divided into many narrow segments. The deep pink flowers occur in winter and spring, conspicuously displayed on the ends of the branches. The flower clusters are around 50 mm in diameter and are followed by the spherical (barrel-shaped) seed pods which remain on the plant for an indefinite period.

This is a very spectacular species which is well known in cultivation. It was in cultivation in Europe in the early 1800s. Although a western species, I.dubius is more reliable in humid east coast gardens than many other species from the west. However, that is not to say that it is an easy plant to maintain in those areas but it has been grown to flowering stage. It performs best in areas with dry summers and well drained soils. A sunny position will produce the best flowering but some shade is tolerated. It will withstand light to moderate frosts.

I.dubius is usually propagated from seed which germinates readily without pretreatment. Cuttings are also successful using firm, current season’s growth. Some limited work has been carried out by enthusiasts on the grafting of western species of Isopogon, onto eastern rootstocks to extend the range where the plants can be grown. Some success has been achieved with I.dubius. 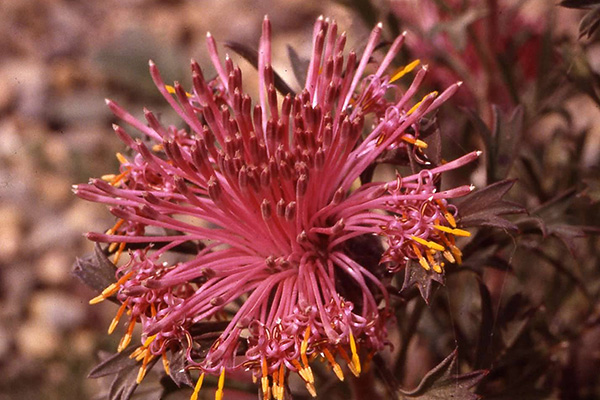