Jacksonia scoparia is probably the best known species. It is a small tree or large shrub to 3-4 metres high, with an open and often weeping habit of growth and greyish foliage. The leaves are usually usually reduced to scales although true leaves will sometimes be seen on young plants or on regrowth after damage to the plant. The yellow ‘pea’-type flowers occur in late spring and summer in racemes from the upper branches.

J.scoparia has been in cultivation for many years but is not widely grown in gardens. It has proven to be a hardy and adaptable species for a range of well drained soils in full sun or partial shade. It is certainly a plant worthy of much wider cultivation. 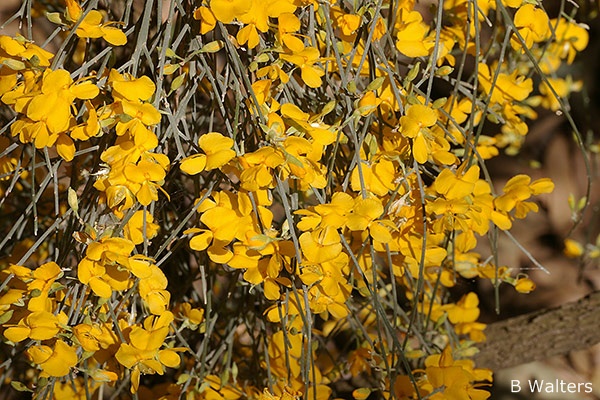