Lechenaultia is a genus of about 30 species of small, shrubby or herbaceous plants. Most are found in Western Australia. Lechenaultia biloba, the blue lechenaultia, is the best known member of the genus and is commonly cultivated in many areas of Australia.

Lechenaultia formosa is a very spectacular small shrub which is well known in cultivation. In suitable climates it is an ideal rockery plant, tolerating exposed, hot, sunny positions despite its delicate appearance. There are many forms, in a range of colours and growth habits. Like the blue lechenaultia, it is fairly short lived – about six years in ideal conditions would be about average – but it is easily propagated.

The species is usually 300mm or less in height by a similar width but a number of forms with a prostrate habit of growth are in cultivation. The branches are twiggy with linear, narrow leaves to around 10nmm.

Flowers of L.formosa are five-petalled and at about 12-15 mm long. The colour may be red, pink, orange or yellow or combinations of red and yellow. The orange flowered form with a suckering, upright habit of growth is generally regarded as the hardiest form for cultivation. 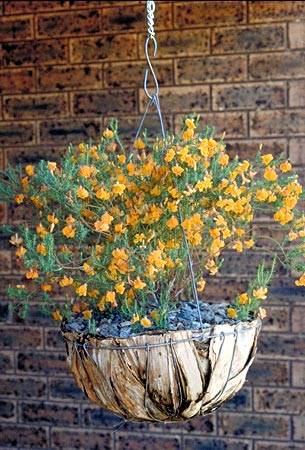 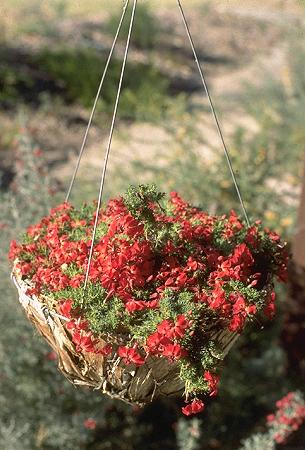 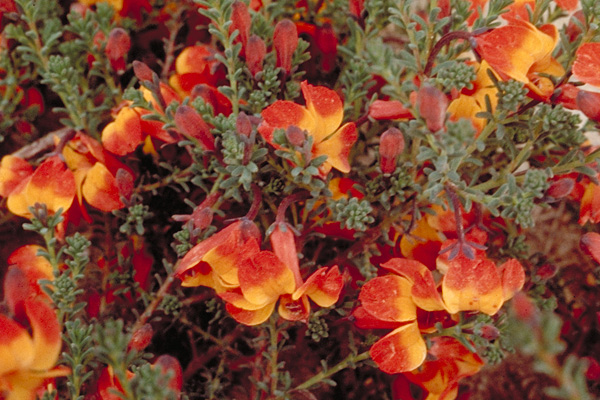