Leptospermum liversidgei is an erect shrub to about 2 metres high with narrow, oval-shaped leaves about 5 mm long. The leaves are strongly lemon-scented due to the presence of citronellal. The 5-petalled, white or pink flowers are 8-10 mm in diameter and occur in summer. The flowers which appear in summer are followed by woody fruits containing many seeds; the fruits remain unopened until they are removed from the plant or the plant dies.

This is a reasonably attractive shrub and its moderate size makes it suitable for smaller gardens. However, it has achieved much wider cultivation than would seem warranted by its general appearance. This is due to the introduction of the cultivar ‘Mozzie Blocker’. It is claimed that this cultivar was selected because it has a higher concentration of citronellal that is usual for the species and that mass planting of the cultivar can deter mosquitos. It is not entirely clear how effective this property is in practice. In any event, it is a very hardy species that will tolerate poor drainage. It is suited to sun or partial shade and will tolerate at least moderate frost. It will also respond well to pruning.

Propagation is easy from seed which does not require any pretreatment. Cuttings are also successful and this is the only method that should be used for propagation of cultivars. 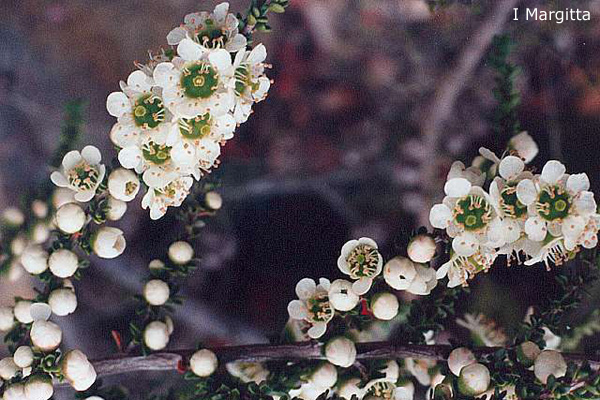