The genus Pararchidendron consists of a single species. Despite its relatively wide distribution, P.pruninosum is not well known even among Australian plant enthusiasts. It is closely related to Acacia, which can be seen in the similarity of the seeds which, like Acacia, are borne in pods which split when ripe.

Pararchidendron pruinosum is a usually a tree to about 15 metres. Leaves are divided into 5 to 11 leaflets each 2-8 mm wide by 15-25 mm long. The small flowers are seen in summer. They are clustered into globular heads in the leaf axils and occur on long peduncles (stalks). The colour is greenish-white, turning yellow with age. Flowers are followed by flattened, papery seed pods.

Propagation is relatively easy by normal seed raising methods following pretreatment by soaking in boiling water or by scarification. Cuttings would probably also be successful. 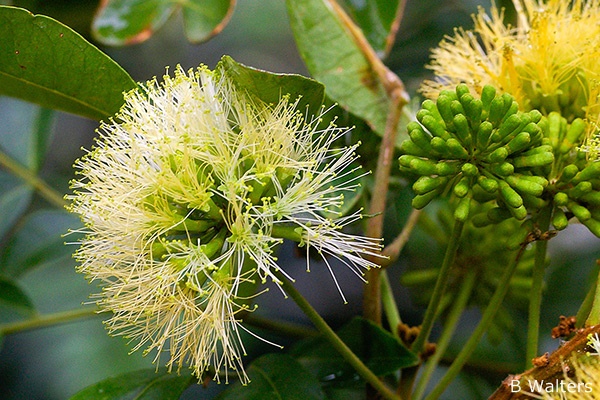 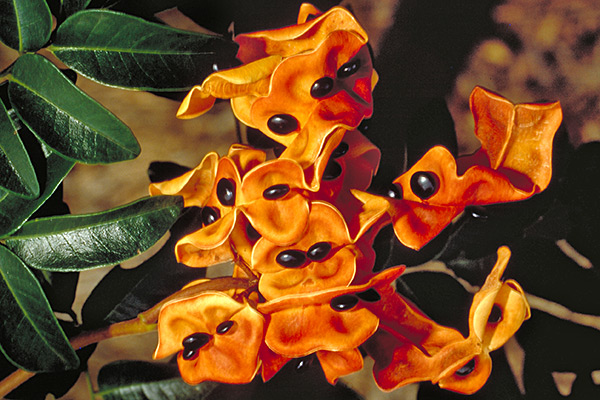