Pelargonium is a well known genus in horticulture with numerous cultivars of exotic species (mainly South African) being grown in gardens worldwide. There are about 7 Australian members of the genus; Pelargonium australe is the best known and most widespread.

Pelargonium australe is a small, herbaceous plant to about 0.5 metres high with a distribution covering a range of habitats. It is found in semi arid areas, alpine areas and along the coast. The stems and leaves are hairy. Leaves are oval shaped, lobed and about 30-40 mm long. The flowers are white or pink with deep red streaks and occur on long stalks in groups of up to 12 flowers.

Although not widely cultivated, P.australe would be an attractive plant for a rockery or container. It is hardy in a range of soils and prefers full sun or light shade.

Propagation is easy from cuttings. Seed should also be successful but is rarely available. 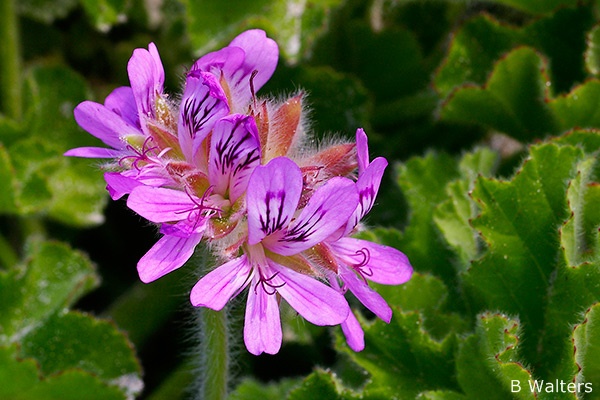 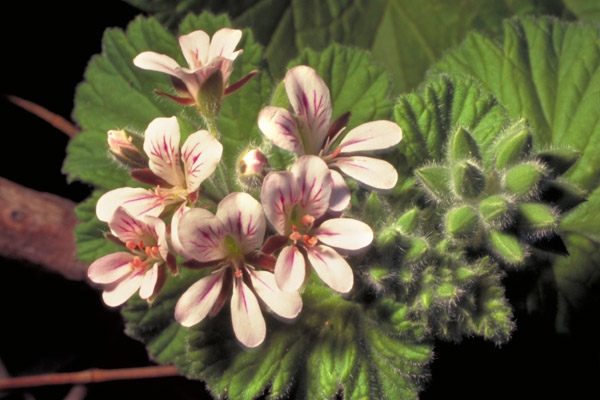