Petrophile longifolia is a small, tufted species about 30 cm high by 50 cm wide. It has long, narrow leaves about 250 mm long which are rounded in cross-section (terete). The small flowers are cream in colour and occur in rounded clusters about 20-25 mm in diameter at the ends of short branches. The flower heads tend to be hidden within the foliage and occur in late spring and early summer. The fruit is an elongated ovoid shape containing numerous seeds protected by woody bracts. The fruits remain on the plant for an indefinite period and only release the seeds after a fire or the death of the plant.

Petrophiles are not often cultivated but this species makes an interesting addition to a native garden as a rockery or foreground species. Although a western species, it is more reliable in humid east coast gardens than many other species from the west. However, that is not to say that it is an easy plant to maintain in those areas but it has been grown to flowering stage. It performs best in areas with dry summers and well drained soils. A sunny position will produce the best flowering but some shade is tolerated. It will withstand light to moderate frosts.

Propagation from seed is relatively easy and no pretreatment is necessary. Because of the habit of the plant, obtaining good cutting material is difficult. 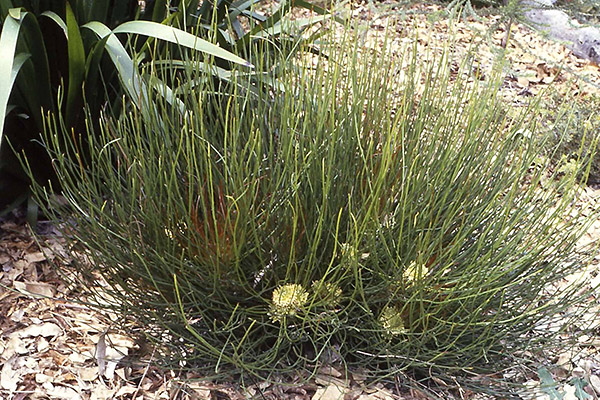