Phebalium woombye is a small to medium shrub to about 2 metres high by 1.5 metres wide although completely prostrate forms exist. The leaves are oblong to elliptical, up to 50 mm long by 10 mm wide, green above and silvery underneath. The individual cream or pink flowers are five-petaled and relatively small but they occur in clusters of up to 10 and are very conspicuous. The yellow stamens are often offset to one side of the flower, similar to the arrangement in Phebalium nottii. Flowering usually occurs in late winter and spring.

This species has been in cultivation for many years and is a very desirable garden plant. The pale pink forms are very attractive as is the prostrate form with relatively large cream flowers. The latter is an excellent non-vigorous groundcover. The species requires a well drained, moist soil, preferably in semi shade but full sun is tolerated. Once established plants seem adaptable to extended dry periods and are resistant to at least moderate frost.

In common with most members of the Rutaceae, propagation of P.woombye from seed is difficult but cuttings usually strike readily from current season’s growth. 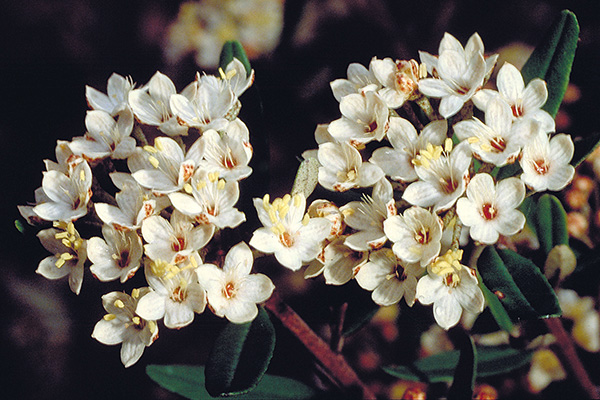