Pimelea is a genus of about 80 species, most of which are Australian but some also occur on islands to the north and in New Zealand. Most are shrubs but some annual species are found in tropical areas. The name “rice flower” has been applied to many members of the genus, a few of which are cultivated to a limited extent.

Pimelea linifoliaia is probably the best known member of the genus due to its wide range. It is a small, erect shrub to about 1 metre high with linear leaves to about 15mm long. Flowers occur in globular clusters at the ends of the branches from winter through to summer and are usually white but very pale pink forms are sometimes seen. The species occurs on a range of soils from sands to clays.

Slender riceflower is an attractive small plant which is occasionally cultivated. It can be difficult to maintain under garden conditions and, for best results, it should be propagated from clones native to the areas where it is to be grown. It is best planted in well drained soils in a protected position.

Seed is not often available and germinates unreliably. Cuttings are successful but the percentage strike may be well below 100%. 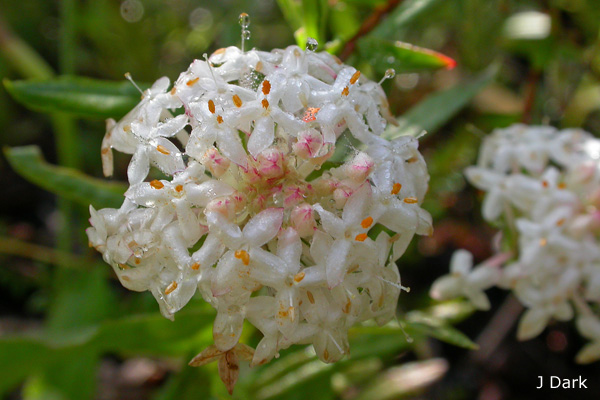