Prostanthera aspalathoides is a small shrub up to 0.5 metres high by a similar spread. The leaves are linear to about 50-75 mm long and highly aromatic. The tubular flowers occur in spring and are usually deep red in colour but yellow and white coloured forms are also known. The flowers are very conspicuous making a very spectacular display.

P.aspalathoides is best suited to dry climates and can be short lived in areas with humid summers. It prefers a well drained position and will tolerate full sun as well as partial shade. Prostantheras respond to well to annual fertilising after flowering and are not as sensitive as some other Australian plants to phosphorus.

Propagation is easy from cuttings but seed can be slow to germinate. It can also be grafted using one of hardier mint bushes such as P.nivea as rootstock. Unlike most other prostantheras which can be grafted onto the related (and extremely hardy) Westringia fruticosa, P.aspalathoides is not compatible with that species. 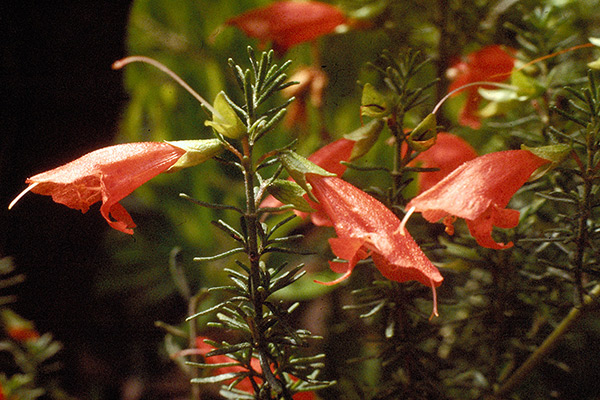 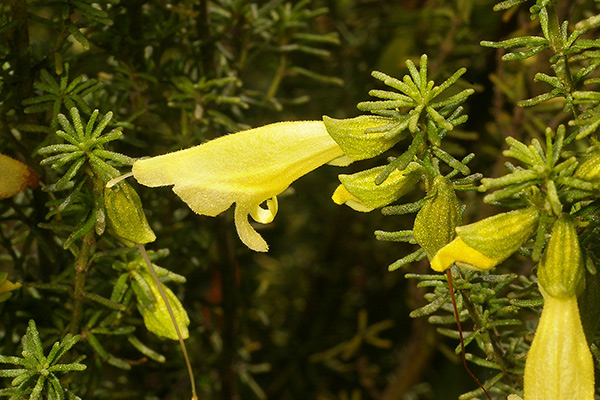