Prostanthera magnifica is an erect shrub to about 1.5-2 metres high. The leaves are broadly lance-shaped to about 20 mm long with wavy margins. The tubular flowers are mauve, purple or pink and are subtended by large and prominent calyces which enlarge after flowering becoming purple to scarlet.

P.magnifica is best suited to dry climates and can be short lived in areas with humid summers. It prefers a well drained position and will tolerate full sun as well as partial shade. It is reported to be sensitive to frost damage. In humid, eastern areas of Australia the plant needs to be grafted on to a hardy rootstock although it can be grown successfully on its own roots for some years in a container with a quality, well drained potting mix.

Propagation is easy from cuttings but seed can be slow to germinate. Grafting can be carried out using the related Westringia fruticosa or another hardy Prostranthera as rootstock. It is reported that the rootstock selected can affect flowering (eg. Queensland grower Merv Hodge has noted that “P. magnifica flowers for longer periods when grafted to P.striatiflora than it does when grafted to Westringia fruticosa. There is little or no shooting below the graft on the Prostanthera rootstock, but there is frequent shooting below the graft on the Westringia rootstock” 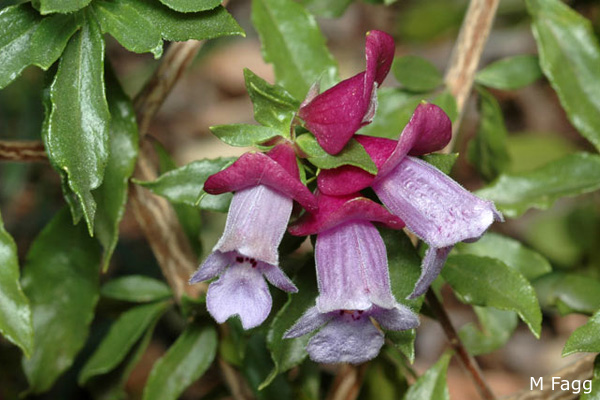