Prostanthera ovalifolia is the most widely cultivated member of the genus. It is typically a medium shrub to about 2.5 metres high. Despite the specific name, the leaves may be lance-shaped to almost circular as well as oval shaped. In some forms the leaves may be slightly toothed along the margins; they are up to about 15mm long and are highly aromatic. The flowers are usually purple or mauve but pink and white coloured forms are also known. Flowering is usually prolific with the flowers almost obscuring the foliage. A form with variegated foliage is in cultivation.

P.ovalifolia is quick growing and should be pruned back annually by about one third if a bushy shape is to be retained. Like most prostantheras it prefers a well drained, moist position with some shelter from direct summer sun. Under dry conditions it will wilt noticeably but quickly recovers when watered. It is a good “indicator” of when watering is required in a garden generally. 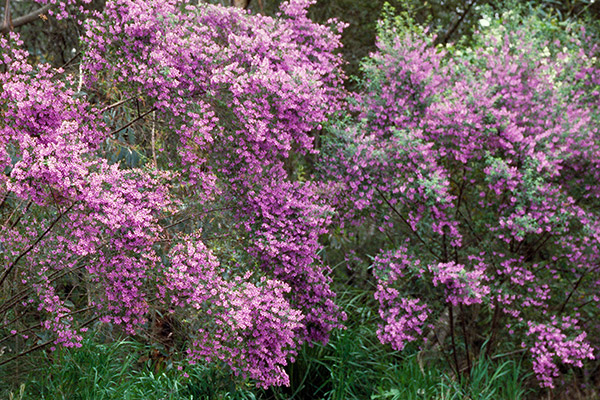 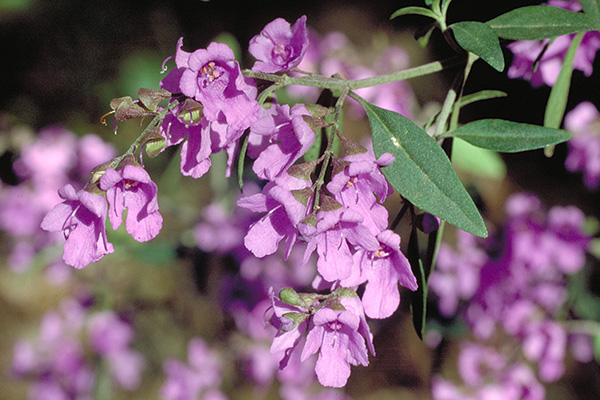