Like most of Australia’s members of the Ericaceae, Richea belongs to the subfamily Epacridoideae, which was formerly classified as a separate family, the Epacridaceae. Richea consists of 11 species, all but two of which are endemic to Tasmania. The others are R.continentis found in alpine bogs of Victoria and New South Wales, and R.victoriana from montane and subalpine sites in Victoria.

Richea pandanifolia is a tall palm-like species which grows from 2 to 12 metres high. It usually grows on a single stem but may be occasionally branched. It has tapering leaves which may be 0.3 to 1.5 metres long and, like all richeas, they have “sheathing” bases…ie, the base of the leaf wraps completely around the stem. The leaves are densely crowded towards the top of the trunk. The white or deep pink flowers occur on panicles (a branched inflorescence) up to 25 cm long in late spring and summer. They arise from the leaf axils and are often hidden among the leaves. The flowers are covered by large bracts which fall as the flowers develop.

Richeas, generally, are not widely cultivated but R.pandanifolia has been cultivated in Tasmania and should be suitable to cool climates. It prefers well composted, moist soils but with reasonable drainage and in a sheltered position. It is an excellent foliage plant for a container.

Propagation can be carried out from seed which does not require pretreatment. The species has also been propagated from cuttings but the success rate is usually low. 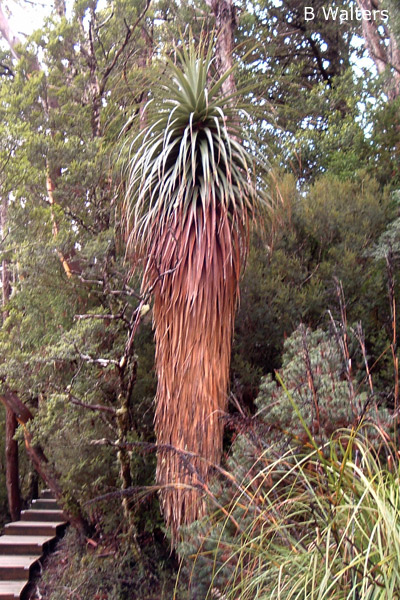 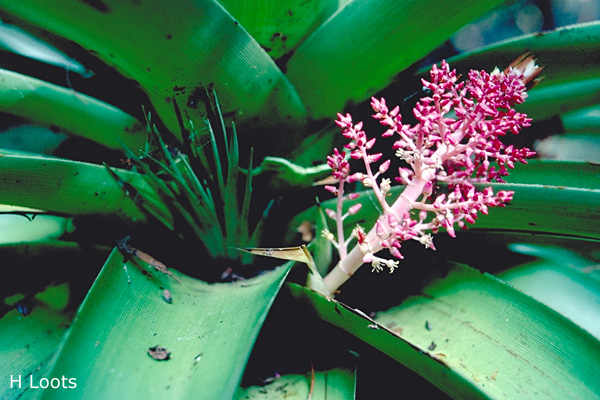