Spiranthes is a genus of terrestrial orchids of around 300 species spread throughout the world. Spiranthes australis was previously known as Spiranthes sinensis var. australis. It is a terrestrial herb comprising 3 to 10 narrow leaves up to 100 mm long. The small, tubular-shaped flowers are bright pink with a white labellum and occur in a long spike which has a twisted form. Flowering occurs in summer and autumn after which the plants become dormant and die back to an underground tuber.

Spiranthes australis is a relatively easily grown species, so much so that plants occasionally occur as weeds in greenhouses. Generally the plants are grown in pots in a freely draining, sandy mix. They require good air circulation in a protected position of about 50% sun during the active growing period after flowering. 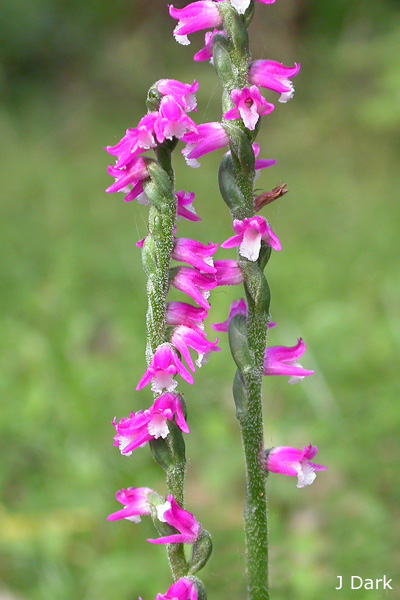