Spyridium is a genus of about 30 species, all being found in southern Australia. The genus is closely related to Cryptandra and Stenanthemum – so close, in fact, that a number of species have been moved from one genus to another (eg. Spyridium buxifolium was previously known as Cryptandra buxifolia).

S. buxifolium is a small, densely foliaged shrub to about half a metre in height, spreading to about 1-1.5 metres. The leaves are ovate to elliptical in shape, about 20 mm long by 10mm wide and glossy green in colour. The small, star-shaped flowers are white, aging to brown and occur in clusters at the ends of the branches. Flowering is mainly from late spring to mid summer.

Apart from the commonly grown Spyridium scortechinii, few spyridiums are cultivated to any great extent. S. buxifolium is no exception but, although not spectacular in flower, it is an adaptable species and is a very useful landscaping plant, especially as an informal, low hedge. It is hardy in most reasonably drained soils and withstands extended dry periods. It prefers a sunny to semi-shaded position.

Propagation is best carried out from cuttings of hardened, current season’s growth, although they may be slow to strike. Seed germination reliability is not known. 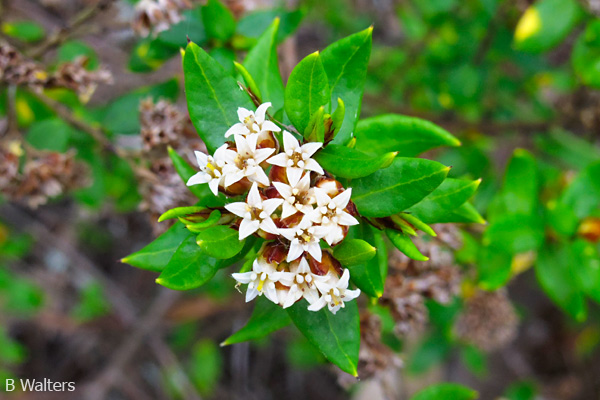 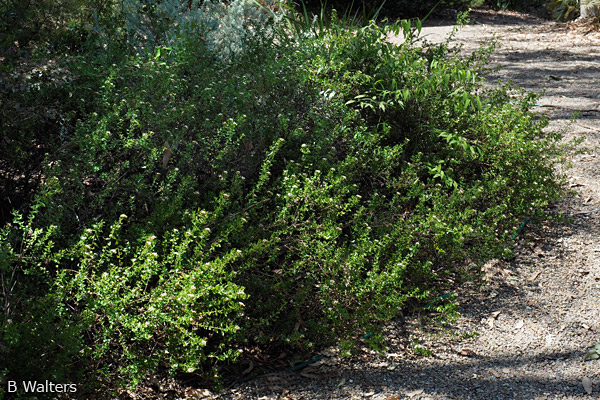