Tetragonia tetragonioides is found scattered throughout Australia and has become naturalised in many parts of the world. It is considered an agricultural weed in in parts of Queensland. It is a prostrate, sprawling plant with soft stems and foliage and can spread to around 2 metres. Leaves are oval or diamond-shaped and about 75 – 100 mm long. The small, greenish yellow flowers appear at the leaf bases throughout most of the year.

Warragal greens has little to offer in terms of ornamental horticulture, however, it has received attention as a “bush tucker” plant. It was widely used as a spinach substitute in the early years of European settlement in Australia and was even taken back to England where it was a popular green vegetable in the early 1800s. The plant is easily grown in moist, reasonably drained soils in sun or partial shade. It is, however, short lived and needs to be regularly propagated, although under suitable conditions the plant will self-seed and new plants will regularly appear in other parts of the garden to where the original plant was located.

Although edible, the leaves contain a high level of oxalic acid which must be leached out by blanching before eating. This can be done by plunging the leaves into boiling water for a 3-4 minutes and then draining. The water should be discarded.

Propagation can be carried out easily from both seed and cuttings. 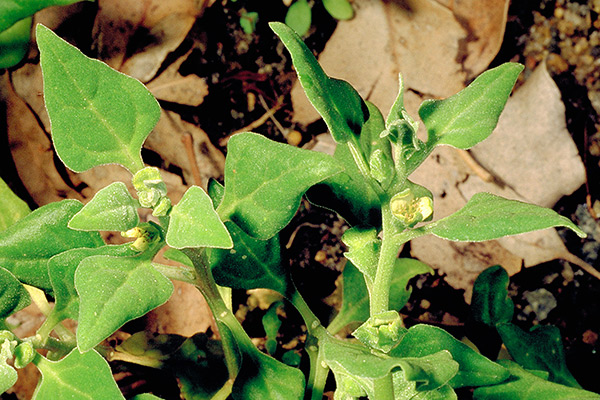