Xerochrysum bracteatum, the “Golden Everlasting”, is one of the best known of the “paper daisies” as it is a very widespread species occurring in both annual and perennial forms. It varies in habit from prostrate to a shrubby plant of about 1m in height. The leaves are usually large (up to 100mm long) and green to grey-green in colour. The individual flowers are very small but are formed into a large cluster surrounded by large papery bracts. The overall appearance is that of a large, single “flower” with the bracts as the “petals”. However, well over a hundred true flowers occur inside the ring of bracts.

The golden everlasting has been cultivated for many years and a number of forms have been selected for cultivation. These include several which have resulted from both chance and deliberate hybridisation. Some examples are:

In addition, breeding work in Europe and Australia has produced annual forms with an outstanding range of colours – yellow, red, purple, orange. These are excellent for a massed, colourful display.

Most forms are suited to cultivation in many areas. The annual forms can be purchased in packets from a number of commercial suppliers and established as instructed on the packs.

Perennial forms are usually quick growing in a sunny, well drained position. They benefit from a regular light pruning annually to encourage branching and a greater number of flowers. Severe pruning to overcome “leginess” may be successful but only as a last resort.

Golden everlasting responds well to annual fertilising, usually with a slow-release type and appreciates an assured water supply. The plants vary in their ability to withstand frost but most are at least moderately frost resistant.

Propagation of X.bracteatum from seed is easy; no pretreatment is required. Propagation from cuttings is also fairly easy and is the only way that named cultivars should be propagated. 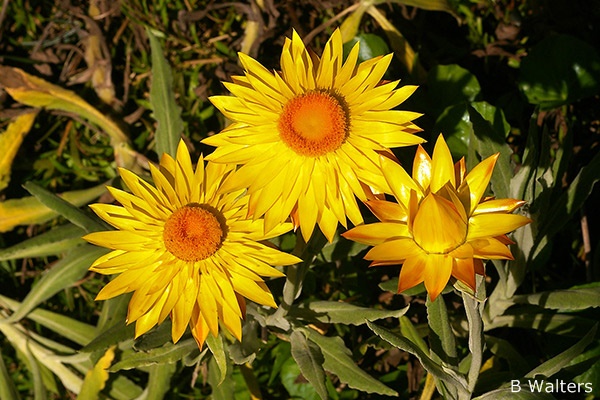 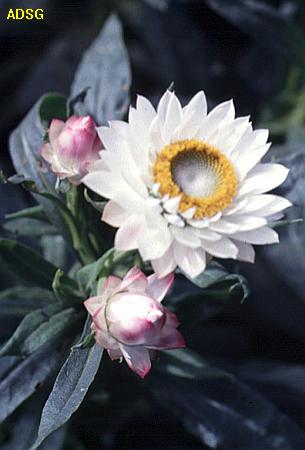 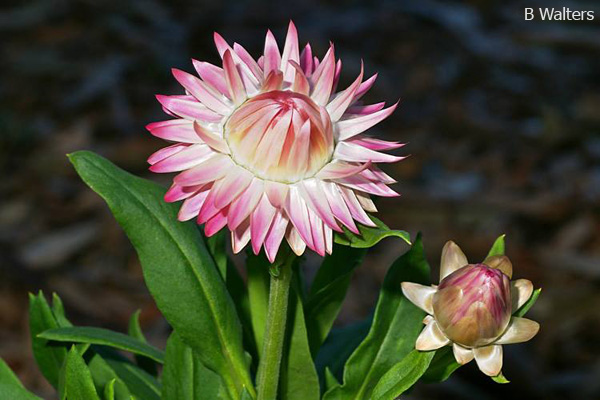