The genus Xylomelum consists of 5 species, 2 of which are found in south-west Western Australia and the other 3 in New South Wales and Queensland. All species are known as woody pears after their distinctive and decorative fruits. As members of the Protea family their close relatives include Banksia, Grevillea, Hakea and Telopea. Recent DNA results suggests they are most closely related to the genus Lambertia, which includes the well known mountain devil (Lambertia formosa).

X.pyriforme is generally a large open shrub to small tree to about 5 metres in height. Immature leaves are large (to 20 cm long by 4 cm wide), lanceolate and deeply serrated, while adult leaves are smaller, elliptical in shape and have entire (non-serrated) margins. Both juvenile and adult leaves have prominent venation patterns. The creamy white flowers occur in late spring on spikes up to 8 cm long. New growth and inflorescences are covered in rusty hairs. The large, 9 cm long fruits are very striking and split to release 2 winged seeds after a bushfire or on the death of the plant.

Woody pears are rarely cultivated possibly due to lack of availability of seeds (individual plants generally produce few fruits). Cultivation requirements include a well drained yet somewhat moisture retentive soil and full sun or part shade. Plants are slow growing and may take 20 years to flower from seed.

Propagation is by fresh seed, which germinates readily but is prone to damping off. Cuttings of hardened, current season’s growth may also succeed but the strike rate is likely to be well below 100%. 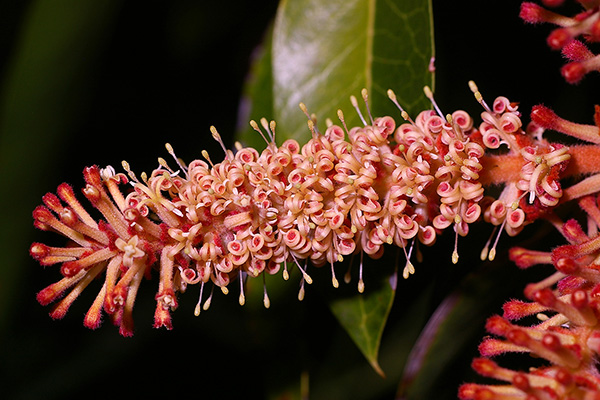 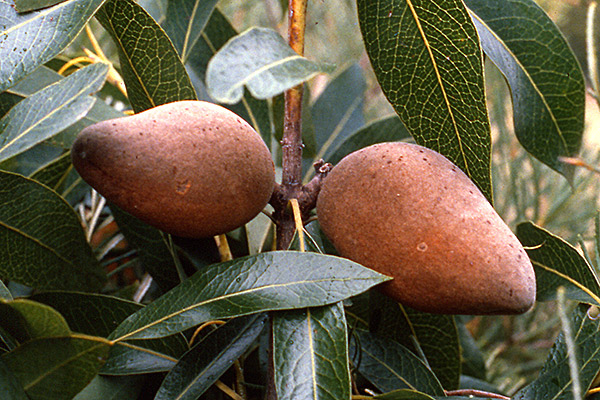