Acacia baileyana is a small tree from 3 to 10 metres high. It is one of those species which retain the fern-like, bipinnate foliage throughout their lives (in most other species, the bipinnate foliage is replaced by flattened stems called phyllodes). The pinnae (the divisions of the pinnate leaves) are up to 30 mm long and silvery-grey in colour. The plant has smooth, greyish brown bark. The bright yellow flower clusters are globular in shape and are produced in the leaf axils in late winter to spring.

Acacia baileyana is one of the best known members of the genus and is widely planted both in Australia and overseas. It is a hardy plant suitable for a wide range of climates and soils, provided they are reasonably well drained, and is best grown in full sun. Unfortunately, the plant has a tendency to become naturalised and is now considered to be an environmental weed in many areas. For this reason it should not be grown in areas anywhere near natural bushland.

At least two cultivars are in cultivation: ‘Purpurea’, with purplish new growth, and a low-growing prostrate or spreading form.

The plant is also well known through the song “Cootamundra Wattle” by John Williamson.

Propagation is relatively easy by normal seed raising methods following pretreatment by soaking in boiling water or by scarification. Propagation from cuttings may also be successful. 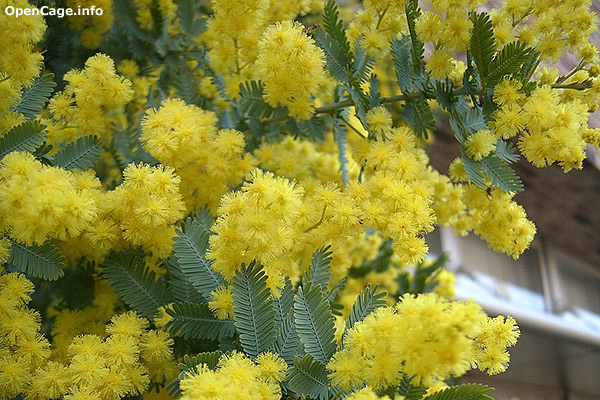