Acacia bifaria is a low growing and spreading shrub to about half a metre high by 2-2.5 metres wide. Together with the closely related A.glaucoptera, the foliage is very distinctive with leafless stems and flattened, wing-like structures called phyllodes along their length that take the place of leaves. The mature phyllodes are blue-grey in colour but new growth is often reddish and very spectacular. The golden yellow flowers occur in globular heads held erect from the foliage and are usually seen in spring. Flowers are followed by attractive, twisted seed pods.

Both A.bifaria and A.glaucoptera occur naturally in the same general area of south-west Western Australia but A.bifaria is less common.

A.bifaria is not in general cultivation but would be expected to require similar conditions to A.glaucoptera. It should prefer a sunny to lightly shaded situation in most soils provided they are well drained. The appearance of A.glaucoptera is sometimes marred by dead wood – if this occurs with A.bifaria, some pruning may be necessary. The plant should be tolerant of at least moderate frost.

Propagation should be relatively easy by normal seed raising methods following pretreatment by soaking in boiling water or by scarification. 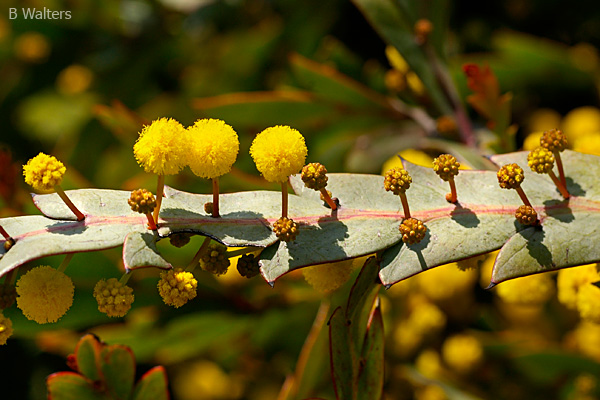 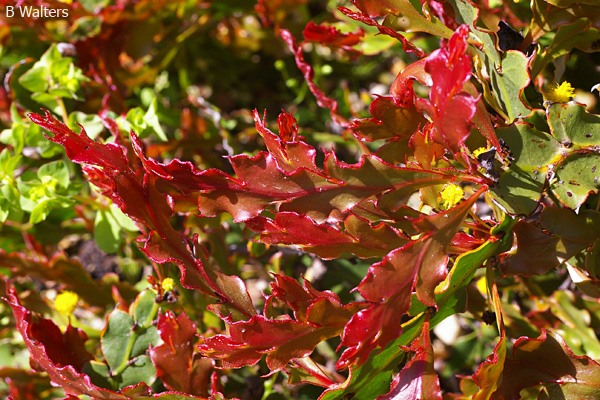