Acacia cowleana is a shrub to small tree up to 8 metres high. The phyllodes are 80 to 200 mm long by 10-30 mm wide, narrowly elliptical in shape and falcate (curved). The bright yellow flowers occur in elongated spikes up to 300 mm long and occur in the phyllode axils during winter and spring. The flowers are followed by slender, straight seed pods about 75 mm long.

A.cowleana is not widely grown but should be a reliable shrub for temperate to arid climates in reasonably well drained soils. It has been successfully cultivated in California.

This, and some other Acacia species have been identified as having potential as food crops in Africa. The article “Seed Saviours” published in the CSIRO magazine ‘Ecos’ (No.85, Spring 1995) reports:

“Trials at Maradi in Niger ……have identified three species ideally suited to food production in semi-arid Africa. These trees (Acacia colei, A. cowleana and A. tumida) are easy to establish, fast growing, high yielding and bear nutritious, easily-collected seeds. Villagers have even adapted traditional recipes to make a range of seed-based foods including pancakes, stews and pasta. It is likely that other species will prove more appropriate in areas with different soil and climatic characteristics……. Traditionally, the small seeds of some species such as A. cowleana are ground into flour when raw or parched and ground then mixed with water to make a paste which is high in energy and carbohydrates“.

Propagation is relatively easy by normal seed raising methods following pretreatment by soaking in boiling water or by scarification. Cuttings may succeed but the success rate may be well below 100%. 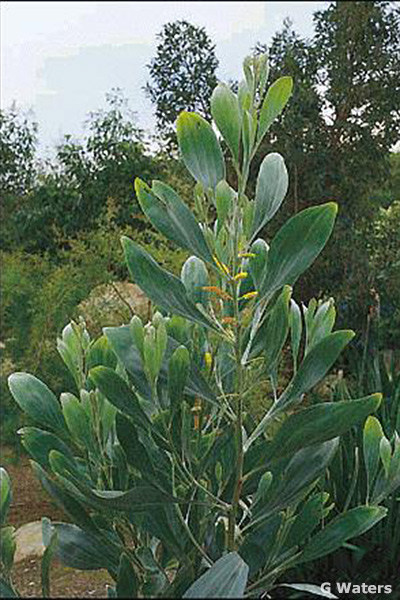