Like most members of the genus Acacia, A.longifolia does not have true leaves when mature but has leaf-like flattened stems called phyllodes. In A.longifolia the phyllodes are bright green with prominent longitudal veins.

The bright yellow flowers occur in the axils of the phyllodes as elongated spikes up to 50 mm long. Flowering is mainly in late winter and spring.

Both subspecies of A.longifolia are well known in cultivation and form attractive garden plants which are hardy in a wide range of habitats. Plants are suited to a wide range of soil types provided they are not waterlogged. A position in full sun or light shade is suitable and the species is tolerant of at least moderate frosts.

Unfortunately, both subspecies have become environmental weeds in some areas (eg. western Victoria, South Australia and southern Western Australia). Care should be exercised in planting these species in areas close to bushland.

Propagation is relatively easy by normal seed raising methods following pretreatment by soaking in boiling water or by scarification. Propagation from cuttings may be successful but is not often used. 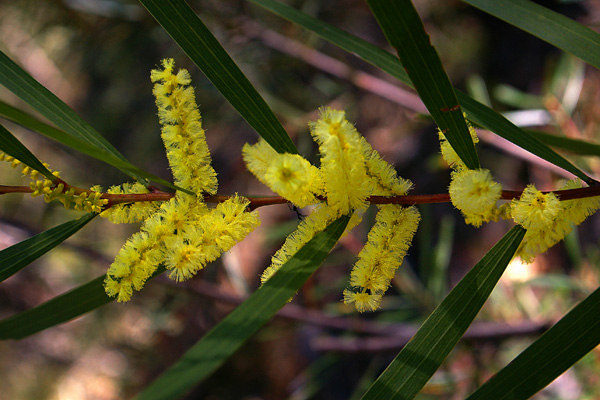 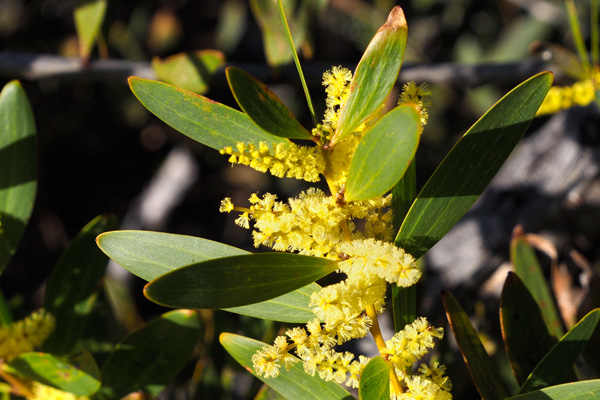