Agastachys is a genus consisting of a single species in the Protea family (Proteaceae). Botanically it is placed within the tribe Conospermeae which also includes the genera Isopogon and Petrophile (drumsticks and conesticks).

Agastachys odorata is generally known as the ‘White waratah’. In recent years this name has also been applied to the white-flowered form of the NSW Waratah, Telopea speciosissima, which is also a member of the Protea family.

A.odorata is an erect, bushy, thick-stemmed shrub 2 to 3 metres high, though may grow into a small tree 8 metres high in forested areas. It produces suckers at intervals along long surface roots. The 2.5 – 8 cm long light green leaves are leathery and oval to lance-shaped (oblanceolate) and often crowded along the yellow or red stems. The white to creamy yellow flowers are borne conspicuously in 6-12cm long numerous spikes, clustered towards the end of branches and are strongly perfumed. Blooms are followed by a fruit which is a nut with two broad lateral wings and 1 narrow wing on its top surface.

In nature, Agastachys odorata grows on rich but sandy acidic soils in dense forest to buttongrass moors. The species has proved difficult to maintain in cultivation and is rarely seen in gardens, even in Tasmania. Though it requires good drainage, it also needs ample moisture to thrive, preferably in a semi shaded position. An acidic soil with high humus content is preferable. The species is frost tolerant.

Propagation presents a challenge; seed is somewhat difficult to collect and germinate, and cuttings have a rather limited chance of striking. The plant spreads naturally in the wild by means of long adventitious roots which give rise to new plants at various intervals (i.e. suckering). Transplanting these carefully has a fair chance of success, but it is illegal to do this for plants growing in national parks and other public reserves. Aerial layering has also been successful. 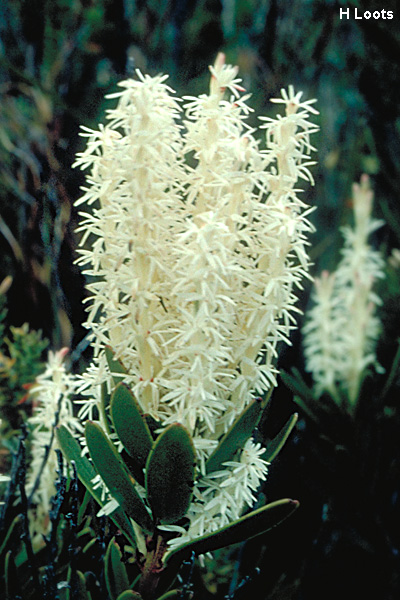