Archidendron is a genus that occurs beyond Australia – the 10 Australian species are found in rainforests from north-eastern New South Wales to Cape York. Archidendron is closely related to Acacia, which can be seen in the similarity of the seeds which, like Acacia, are borne in pods which split when ripe.

Archidendron grandiflorum is a medium-sized tree to about 15 metres tall with a rounded canopy. It has large, pinnate leaves with leaflets about 6 cm long by 4 cm wide. Flowers are very large and showy, comprising a cluster of numerous stamens which grade from creamy white to deep pink at the tips. Flowering usually occurs from mid spring to mid summer. The flowers are followed by flat, coiled seed pods containing numerous black seeds.

This is an attractive plant which is hardy in sub-tropical and tropical climates and has been reported to grow successfully as far south as Sydney. It requires well drained soil, preferably in semi shade but it will tolerate full sun. Once established it should tolerate extended dry periods but would benefit from additional watering during those times.

Propagation from seed is relatively easy. It responds to the same methods as used for the related Acacia sp. (ie. pretreatment by soaking in boiling water or by scarification). Cuttings should also be successful. 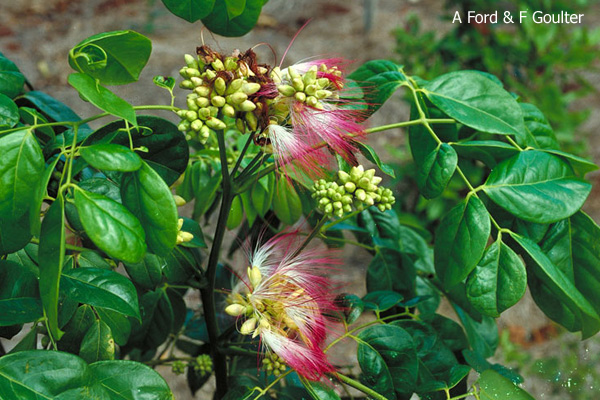 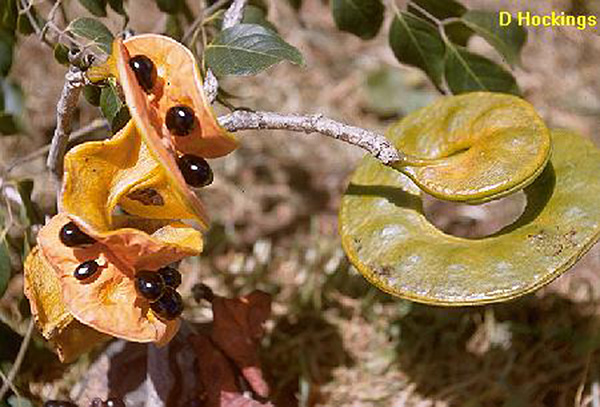