Atractocarpus is a genus of 10 -40 species found in Australia, New Caledonia, New Guinea and the Pacific islands. The taxonomy of this group is the subject of debate. There are seven species in Australia some, such as A.chartaceus, having been re-classified from other genera. A.chartaceus may be found in publications under the names Randia chartacea and Gardenia chartacea.

A.chartaceus is a tall shrub or small tree to about 3 metres high. The leaves are glossy green, narrowly elliptic in shape, 5-15 mm long and tapering to a point. The white flowers are slightly fragrant and about 15 mm in diameter on 10 mm long stalks. They are followed by bright orange/red, cylindrical fruits. Flowering occurs in late winter and spring.

This species has been in cultivation for some years and is a hardy plant for tropical and sub-tropical districts in a shady, well drained position. The fragrant flowers are a bonus. It will also grow in cooler areas but is probably not at its best there.

Propagation can be carried out from seed which should be fresh for best germination. Cuttings of firm, current seasons growth are also successful. 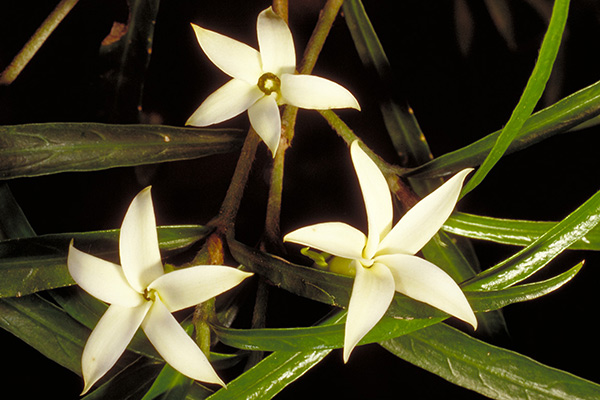