Banksia aquilonia is a large shrub or small tree, sometimes reaching up to 7-8 metres in height. It is closely related to B.integrifolia and was originally described as B.integrifolia var. aquilonia but has since been raised to species status. The leaves are narrowly lance shaped to about 15-20 cm long and are arranged spirally on the branches. The flowers occur in spikes which are typically about 100 mm long, 60-70 mm wide and pale yellow in colour. Flowering occurs in late Autumn and Winter. The seeds are enclosed in follicles attached to a woody cone and, like B.integrifolia, they are released from the cones annually (unlike most banksias which usually retain the seeds in the cone until the plant dies or is burnt).

The differences between B.aquilonia and B.integrifolia are subtle but two obvious differences are:

Banksia integrifolia is more widely distributed than B.aquilonia. The former extends along the east coast from southern Victoria to north Queensland but its distribution finishes some 200 km south of that for B.aquilonia, so the ranges of the two species do not overlap.

Banksia aquilonia is uncommon in cultivation often but should be suitable for tropical, sub-tropical and temperate gardens in most soil types other than alkaline and waterlogged. It has been observed growing successfully in western Sydney where it has reached 4 metres high in about 15 years. It performs best in full sun or dappled shade and appears to be tolerant of at least moderate frost. 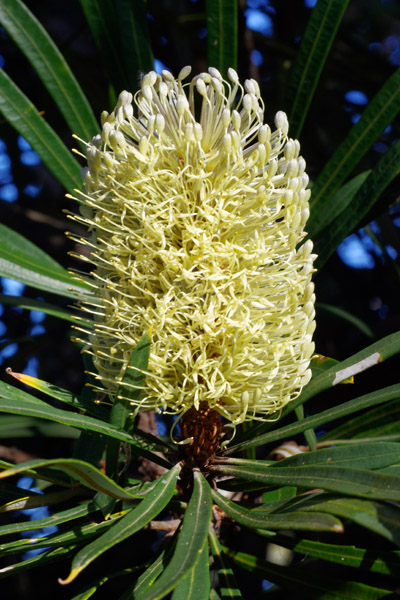 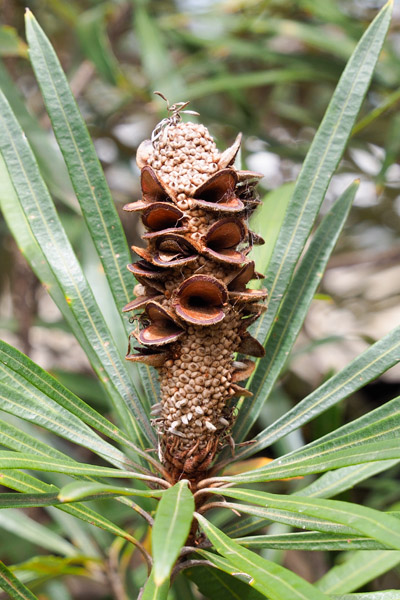 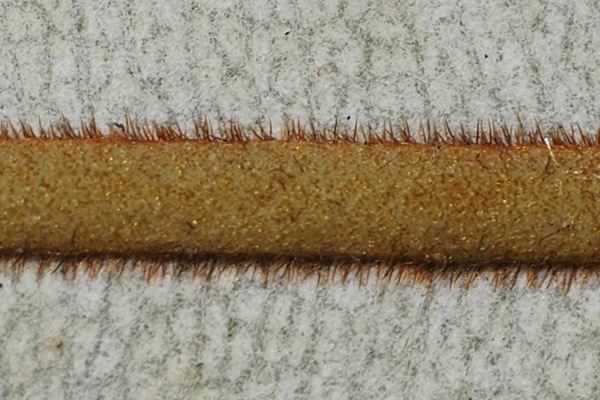 Hairs on each side of the midrib of Banksia aquilonia
Photo: Brian Walters