Banksia blechnifolia was originally discovered and named by Ferdinand Mueller in 1864. However, a decade later it was deemed to be synonymous with Banksia repens by George Bentham. For many years prior to 1981, the plant was known in cultivation as Banksia sp. ‘Lake King’. Alex George, in his revision of the genus Banksia, officially described the species and coined the name B.rubicunda. However, he found that the specimen in Melbourne’s Herbarium collected by Mueller over a century earlier was the same species and hence the original name was resurrected.

Banksia blechnifolia is a nonlignotuberous prostrate plant with branchlets lying on the ground and erect leaves rising 25-45cm in length and 4-10cm wide with deep lobes. Flowering is generally in spring but may occur in late winter, blooms occurring at ground level on long lateral branches. The cylindrical spikes are up to 16 cm high, 7-8 cm wide and pale woolly orange in colour. The seeds are enclosed in large follicles attached to a woody cone and are generally retained within the cone until burnt.

This species is becoming common in cultivation and is one of the hardiest of all western banksias in east coast conditions, having been grown with some success in Sydney’s summer humidity. It is the most vigorous of the prostrate banksias and appreciates extra water in dry periods (with good drainage essential). The plant makes an ideal rockery specimen, but needs sufficient space as it can spread to 3 or 4 metres across. It favours a position in full sun or dappled shade. 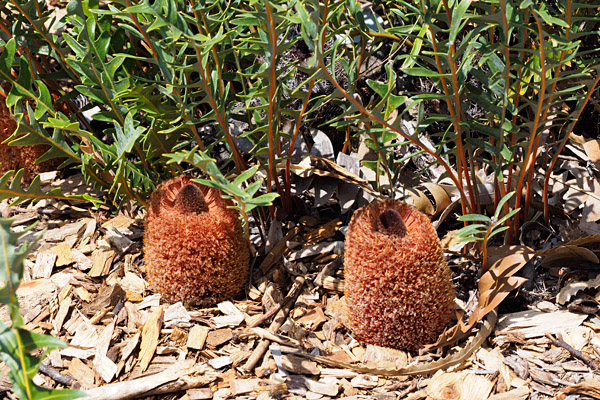 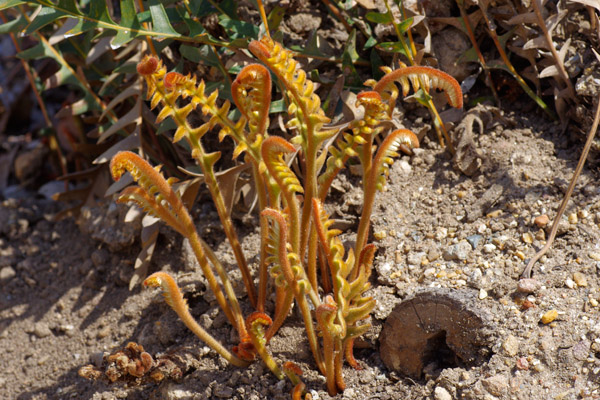