Beaufortia sparsa is a small to medium shrub to about 2 – 3 metres high. The leaves are oval shaped and about 10 mm long, bright green in colour. The orange to red flower clusters occur towards the ends of the branches, their size and colour making for a spectacular sight. Flowering occurs in summer and may extend into autumn. Following flowering, seeds develop in woody capsules similar to those formed with Melaleuca species. The seeds are retained within the capsules indefinitely.

B.sparsa is probably the best known member of the genus and the most widely cultivated. However, the genus Beaufortia, generally, is not common in cultivation, particularly in areas of summer humidity and rainfall where they can be short lived even in well drained soils. Unfortunately B.sparsa is no exception to this general rule. Plants are more successful in drier climates where they are desirable garden subjects, the colourful bottlebrush or globular-shaped flower clusters being attractive to birds. The species should be grown in well drained conditions in full sun or dappled shade and it is tolerant of at least moderate frost.

Propagation is easy from both seed and cuttings. However, the seeds are difficult to remove from the capsules which, unlike most Melaleuca species, do not open of their own accord a few days after collection. One method that has been successful is to break up the capsules in an electric coffee grinder and then sow the resulting debris, which contains the seeds. Grafting onto reliable Melaleuca rootstocks may offer a solution to more widespread cultivation of this and other beaufortias but it is unknown if any experiments have been attempted. 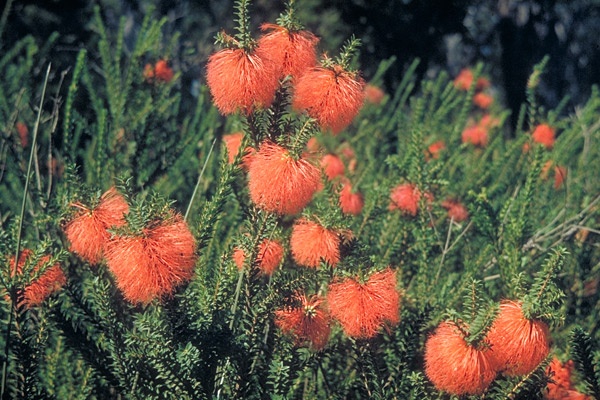