There is ongoing controversy about whether Melaleuca or Callistemon should be used for the bottlebrush species – see footnote box). Some herbaria have now adopted the name Melaleuca salicina for this species, however, this reclassification has not been adopted in the Australian Plant Census (which is accepted by ANPSA as the authority on Australian Plant nomenclature).

Callistemon salignus is usually a small tree to about 7-8 metres high with soft, pendulous foliage and papery bark. A feature of the plant is the pink colour of the new growth. Leaves are elongated elliptical in shape to about 100 mm long by 5-15 mm wide. A pink flowered cultivar, known as “Perth Pink”, is in cultivation. It has a more bushy habit and is a smaller plant than the normal species, reaching about 3 metres high by a similar spread.

The brushes are usually about 50 mm long and cream to white in colour (except for “Perth Pink”). Flowers occur in late spring to mid summer but some flowers may also appear in autumn.

C.salignus is well known as it has been grown in gardens and parks for many years. It is a hardy species which is suited to most soils, even those with less than perfect drainage. It grows best with adequate moisture but will tolerate extended dry periods once established.

Propagation is easy from both seed and cuttings. “Perth Pink” must be propagated from cuttings to ensure that plants retain the flower colour and growth habit of the cultivar. 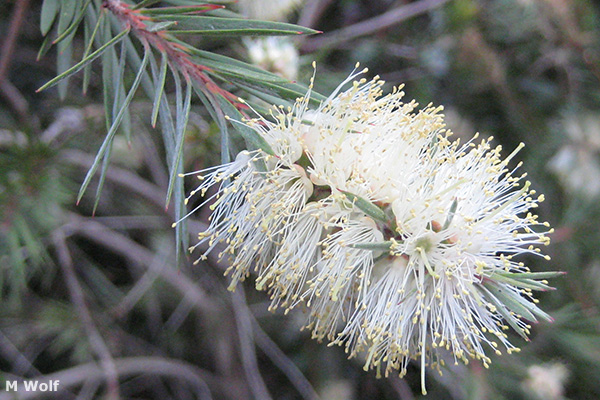 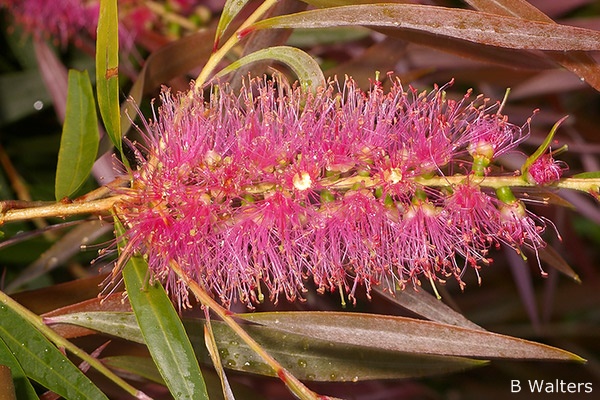